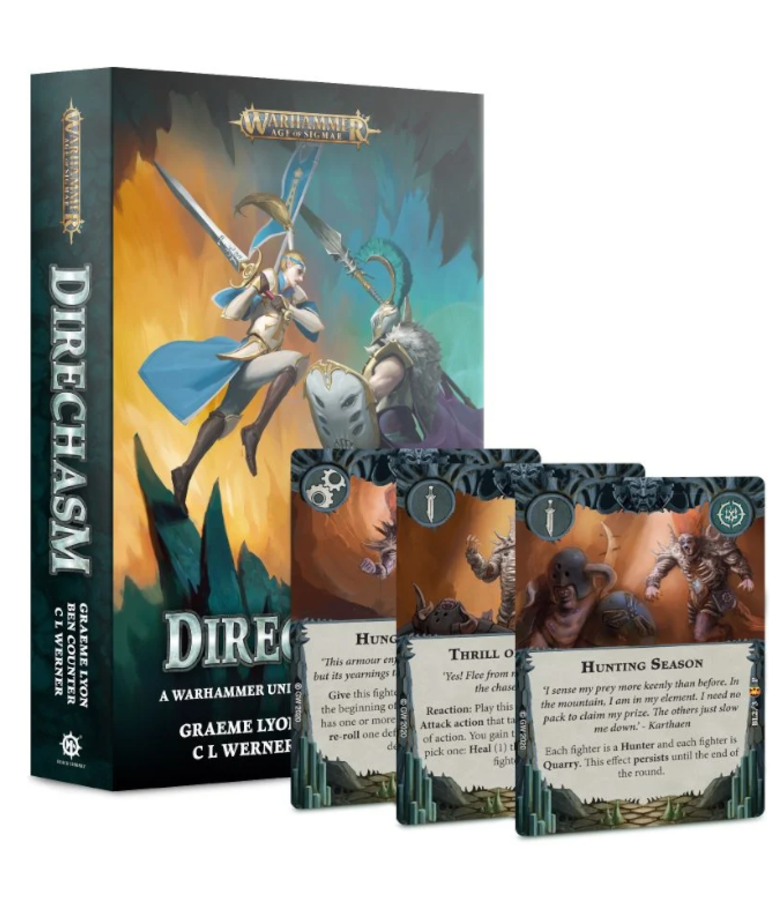 0 reviews
Add your review
- A Warhammer Underworlds anthology
- 11 tales of desperate clashes in the heart of Beastgrave
- Includes 3 alternative-art objective cards for your games!
1 In Stock
Add to wishlist / Add to compare / Print

Direchasm has opened, and the war for Beastgrave is fiercer than ever. Discover the hopes, fears, and greatest battles of the many warbands who fight in the darkness in this collection of all-action short stories.

READ IT BECAUSE
Discover some of the many warbands who battle endlessly in the darkness of Beastgrave in a selection of tales that pit them against one another in desperate struggles for survival.

THE STORY
Beastgrave is starving. Poisoned from the inside by the treacherous Katophrane Curse, the Ur-Mountain forever calls warriors to its bloody depths in its desperation. Myriad warbands answer from across the Mortal Realms, some seeking treasure, others power, and yet more wishing only to kill. None find what they came for, and even death is denied those who enter Beastgrave’s halls.

Now, a new area has yawned open, the Direchasm – a place of darkness where warbands fight endlessly. Some, like Myari’s Purifiers – noble scions of the Lumineth Realm-lords – have come to purge the taint from the mountain. Others, such as The Dread Pageant, seek any sign of Slaanesh, and will stop at nothing until the lost deity is found. To achieve their goals, both must battle the likes of The Wurmspat, Rippa’s Snarlfangs and The Grymwatch. Beastgrave demands blood, but those who enter its caverns soon find themselves lost to its fury, doomed to fight an endless war.