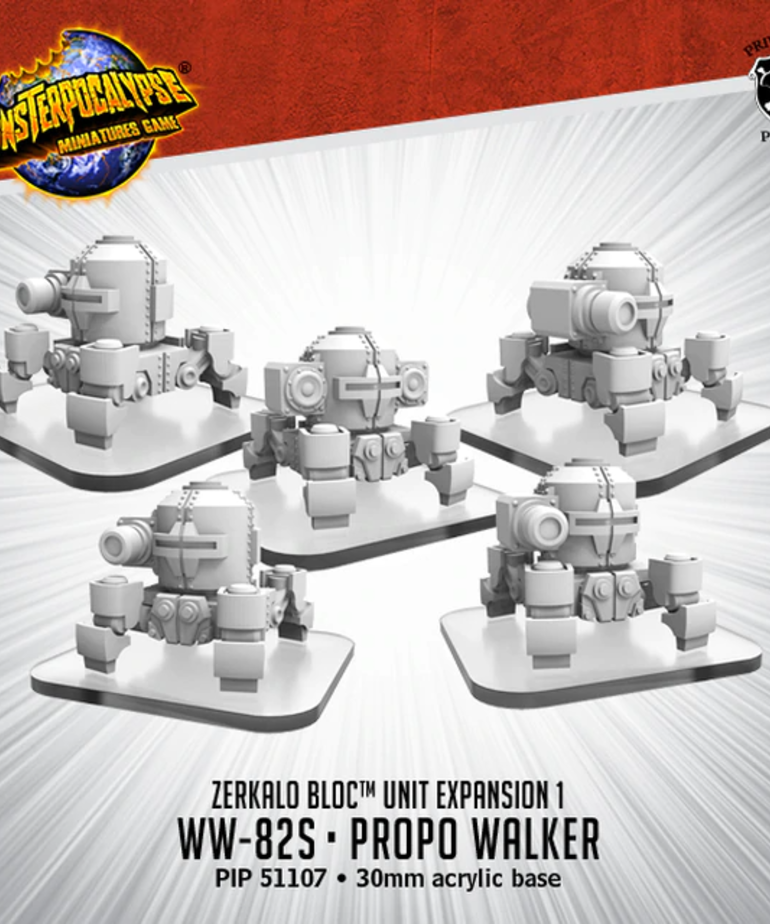 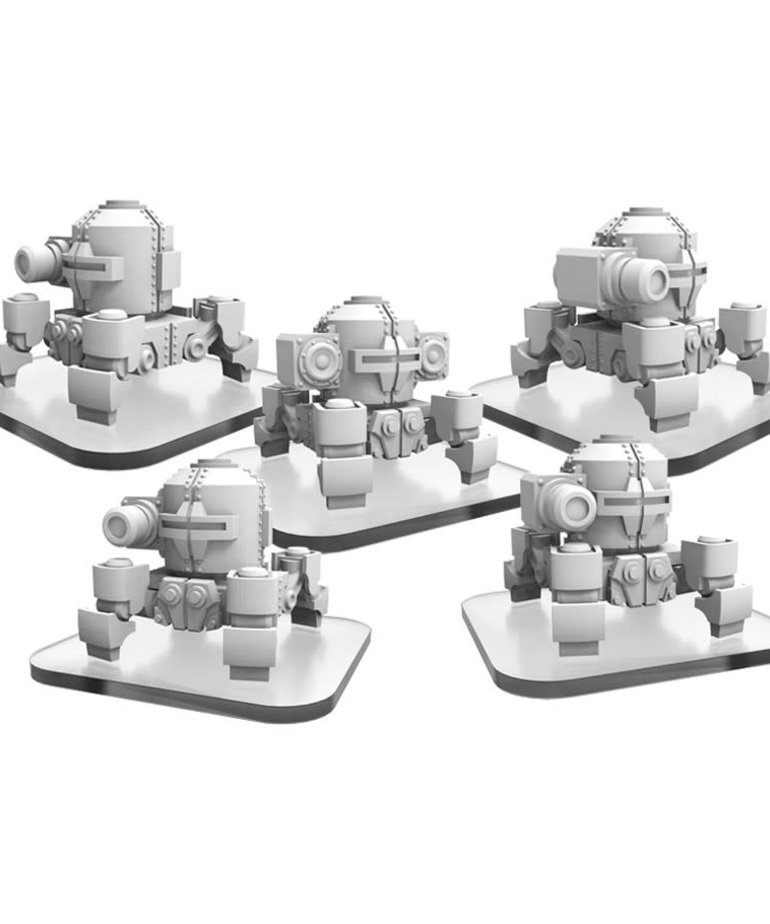 Due to the wide variety of environments the Zerkalo Bloc forces have discovered on the multitudes of Earths they have conquered, their military engineers decided decades ago that legs were a superior motion setup compared to treads or wheels. The sturdy war walker that serves as the main battle tank for their forces first entered service in the early 1980s and has proved a resilient tool over the years. To lead the masses of WW-82s into battle, the chassis has been retrofitted with massive speakers in place of its main gun. These Propo Walkers blare patriotic hymns as war rages around them, bolstering the hearts of their countrymen who fight so far from home.

This blister contains units that can be added to any Destroyer force. WW-82s crawl inexorably toward their targets, their legs more than a match for All-Terrain. When in position, they carefully Aim their battle cannons, ensuring that each shot has maximum efficiency. The Propo Walkers that stride alongside their comrades do not fight. The songs their speakers blare provide Inspiration to their allies while proving a Disruption to their enemies. In between songs, Propaganda messages are aired, sapping the will of enemies to continue fighting.