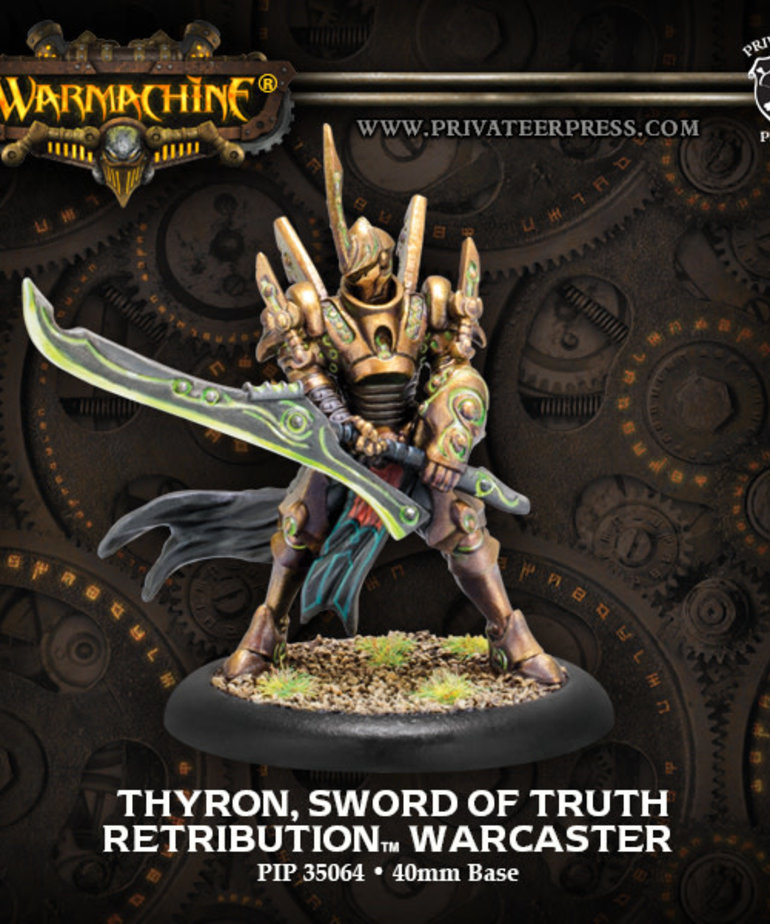 A master of House Ellowuyr's unique swordfighting discipline, Thyron matches stillness with blurring speed. He is a tempest of sharpened steel, a paragon of Ellowuyr's art of war. His command of his army is not unlike his technique with a blade. He stages quick bouts and feints with myrmidons and soldiers to draw out the opponent's strength. When he perceives a weakness in the enemy line, he guides his army like a sword thrust directly at the enemy's heart.