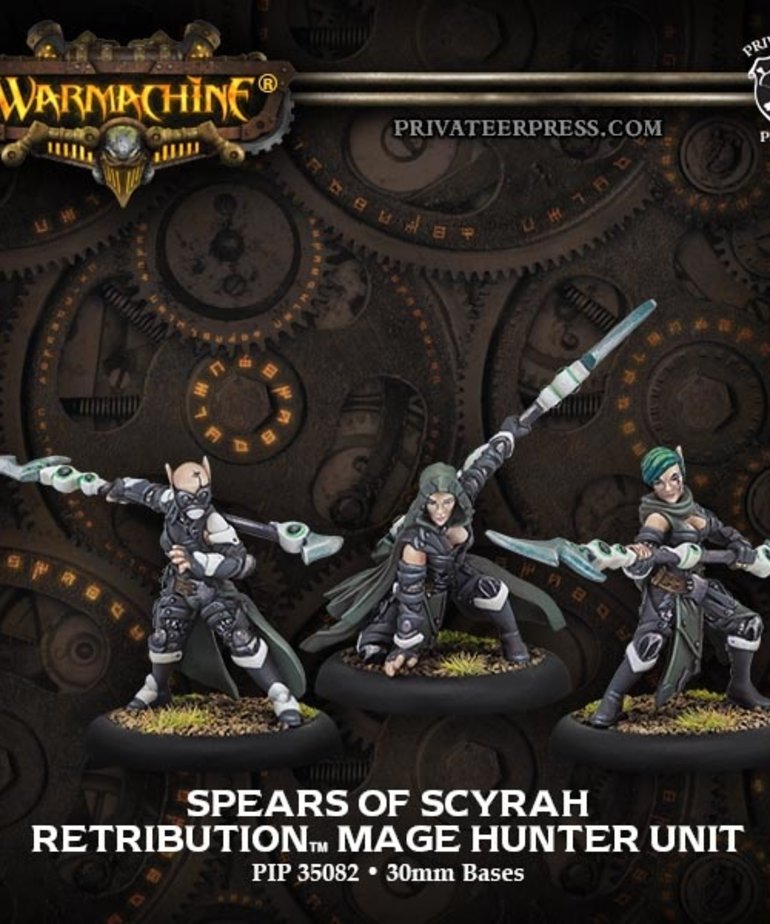 The trio known as the Spears of Scyrah count among the most fanatical mage hunters in the Retribution. Worshiping Scyrah in her guise as Avenger of the Vanished, they aspire to appease the goddess by striking down those who have caused harm to the lost Iosan gods. The Spears have had many members over the centuries, starting from the first years of the Retribution's existence, and all have accepted their mortality to serve without fear of death.