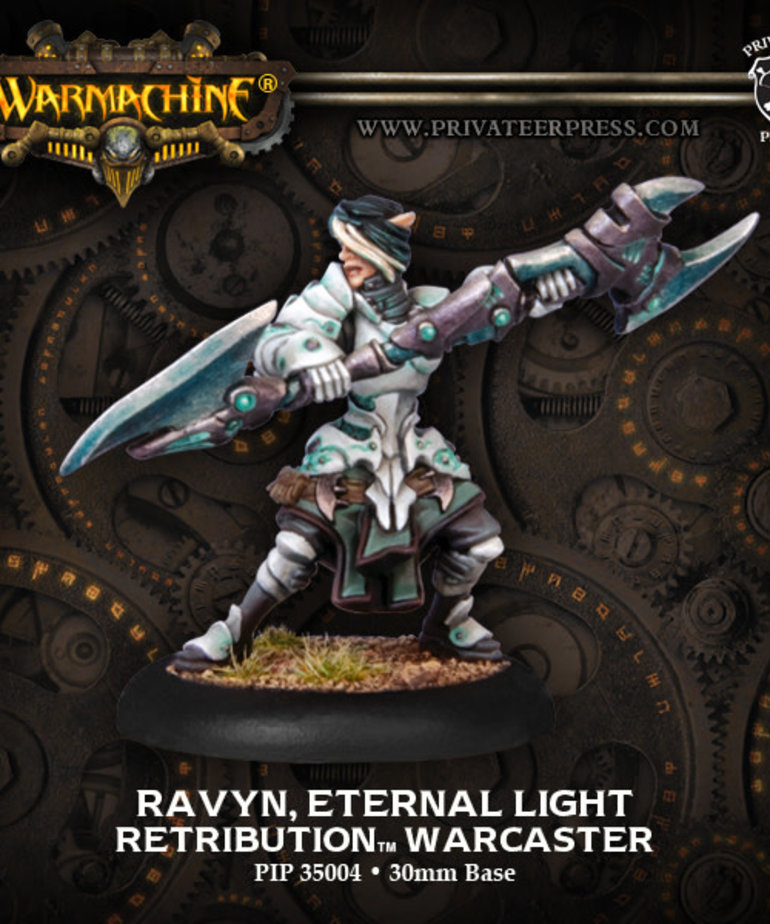 Ravyn stands as a beacon of hope within a sect consumed by an apocalyptic vision of the future. Off the field she possesses a calm and pious wisdom. In battle some believe her to be invincible. She takes no joy in killing, but neither does she shirk from it. When Scyrah is restored, the warcaster plans to embrace peace as readily as she now welcomes war. Ravyn is seen as a fighting embodiment of the righteousness of the Retribution's holy cause.