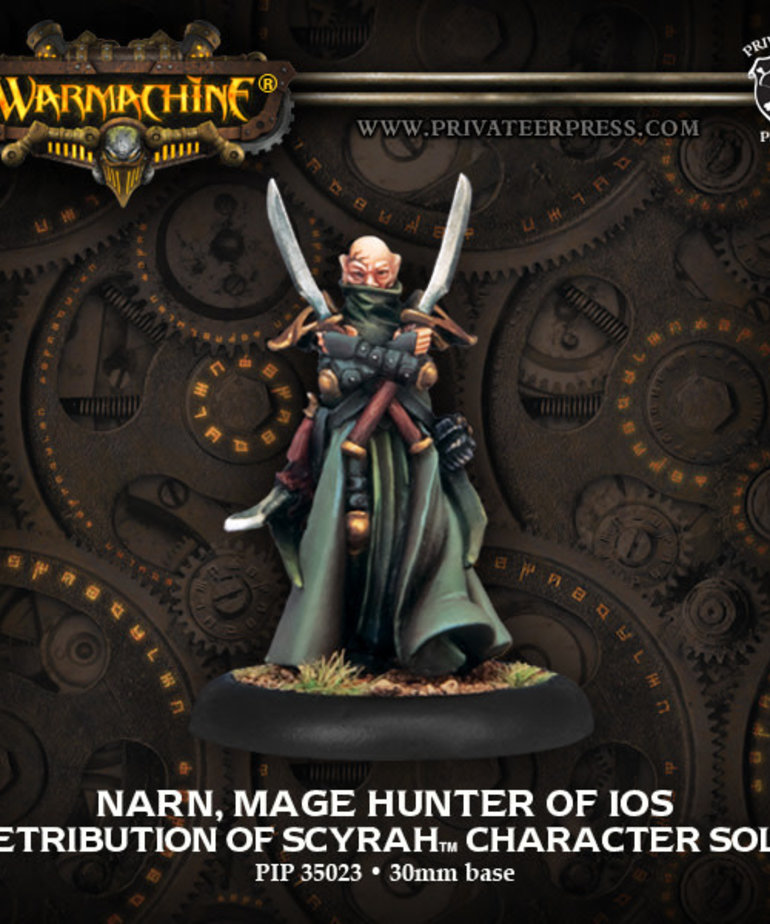 While his name is largely unknown outside the Retribution, within their ranks Narn is held in legendary esteem for his blinding speed as a bladesman and the fluid yet austere grace by which he executes every kill. The veteran hunter is given tremendous flexibility in his choice of operations and favors serving as a lone assassin rather than as a task force leader.