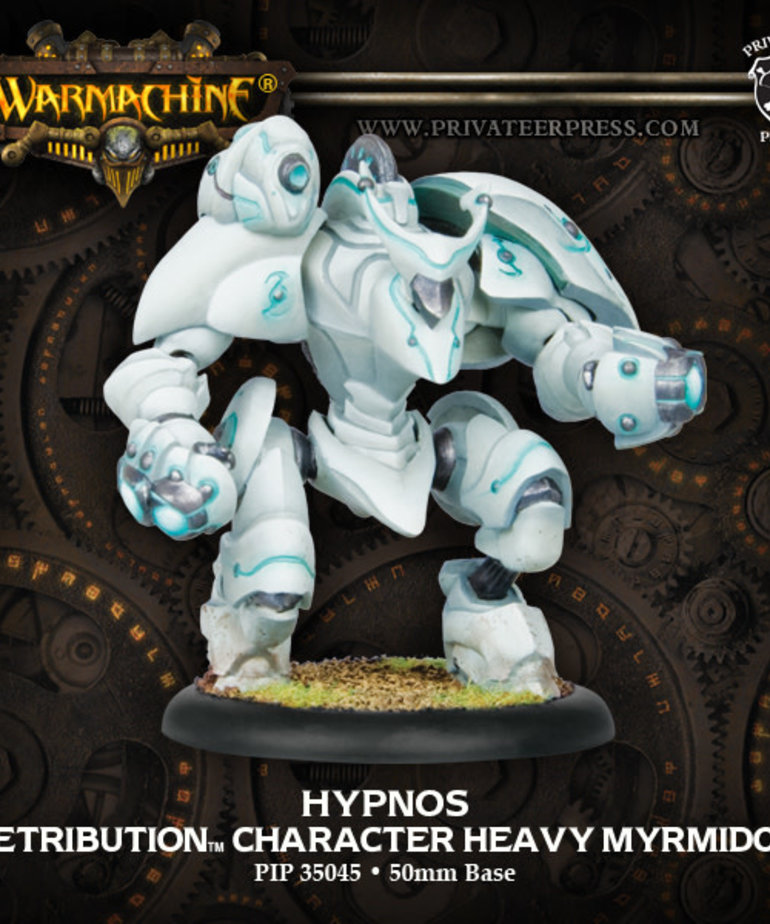 Hypnos, a myrmidon of the most exacting construction, is of the creation of Lord Arcanist Ossyan's own labors. The lord arcanist has forged an insoluble connection with Hypnos, allowing it to draw energy from Ossyan and become an extension of his abilities. In his presence the myrmidon's phase gun is imbued with synchronized energy; those struck by it become nonconductive to mystical channeling, thwarting the use of arc nodes as well as the delicate synergy between warbeast and warlock. Once it closes upon an enemy warjack, Hypnos pounds it with fists armed with specially-designed force projectors. Even a glancing blow from these weapons can stagger a warjack as its cortex signals overload, causing it to seize up and become helpless. SPECIAL NOTE: The Hypnos character heavy myrmidon upgrade kit comes in a blister (PIP 35045). The Hypnos character heavy myrmidon upgrade kit is NOT a complete model. Players will need a Retribution of Scyrah Banshee/Daemon/Sphinx heavy myrmidon kit (PIP 35034) in addition to this kit. A player may field one Hypnos in a Retribution of Scyrah army.