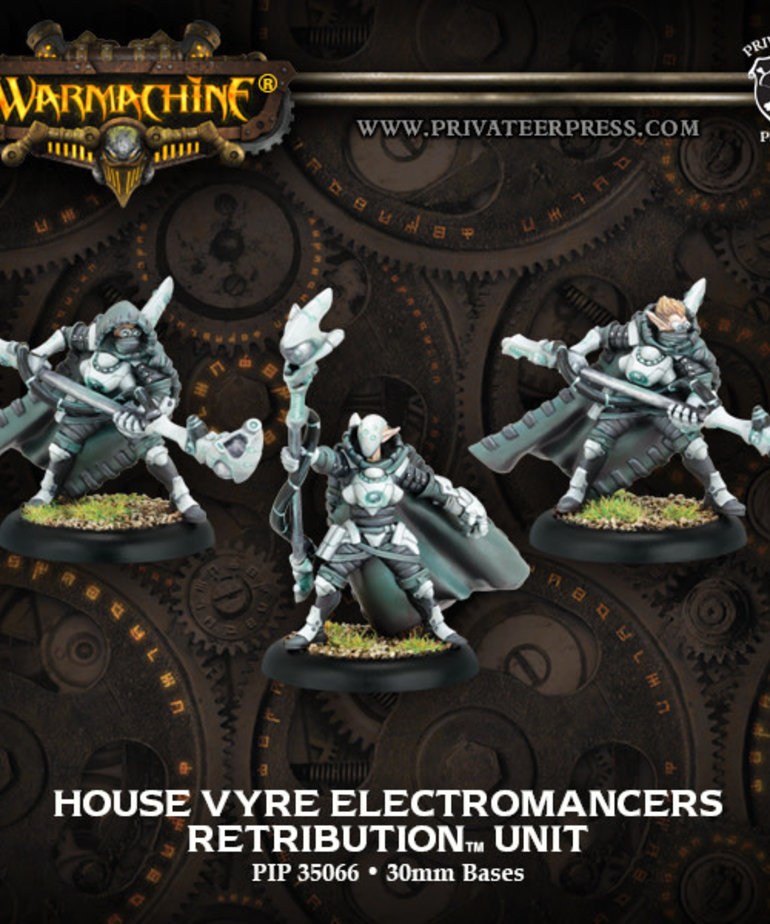 Not content to stand idly by as their myrmidons march to war, House Vyre has recently deployed its own seasoned electromancers. Arcanists trained for years under the tutelage of House Vyre's most accomplished battle mages, electromancers have done much to further the house's cause. The voltaic energies forced through their staves lash the battlefield with manipulated storms that arc deadly electrical surges from one target to the next. Warjacks collapse beneath overloaded systems, and scores of infantry fry where they stand.