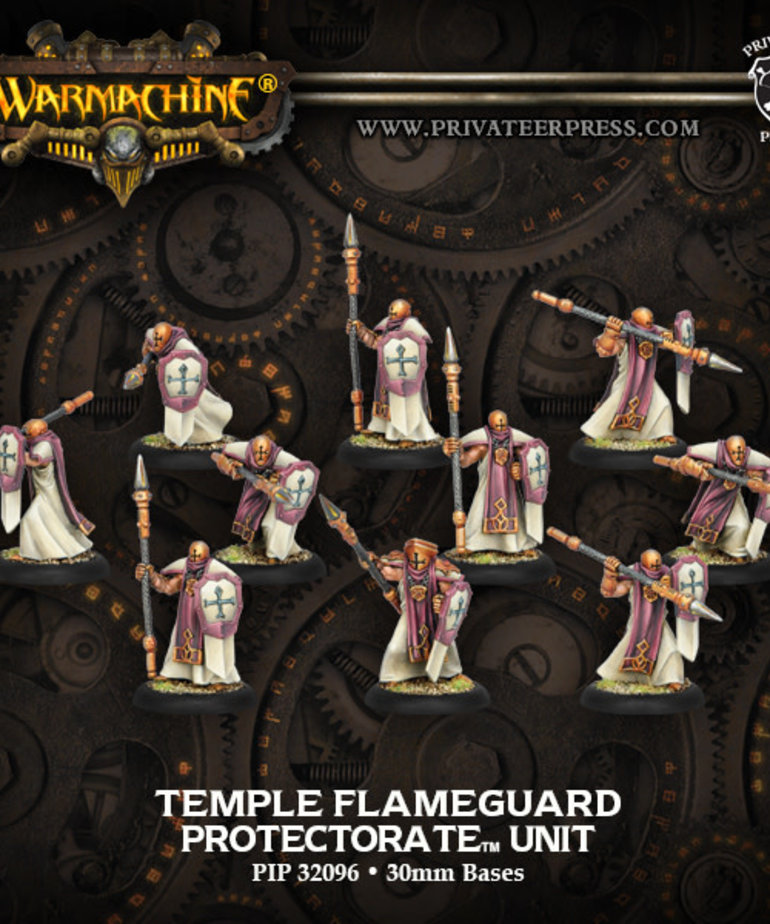 The unwavering Temple Flameguard comprises the Protectorate of Menoth's much-vaunted last line of defense. This blazing tide of devoted warriors washes over their foes, swiftly striking down those who dare to oppose the divine will of the Creator. SPECIAL NOTE: PIP 32096 contains the same Mk II stat card as PIP 32018. The models in this box represent the same figures in the game. The models in PIP 32096 are new sculpts and therefore look different from the models in PIP 32018 and PIP 32010. In addition, these models are plastic rather than metal. PIP 32096 replaces PIP 32018 and PIP 32010 by offering their contents in a complete unit. The replaced PIPs will no longer be available from Privateer Press beginning November 1, 2013.