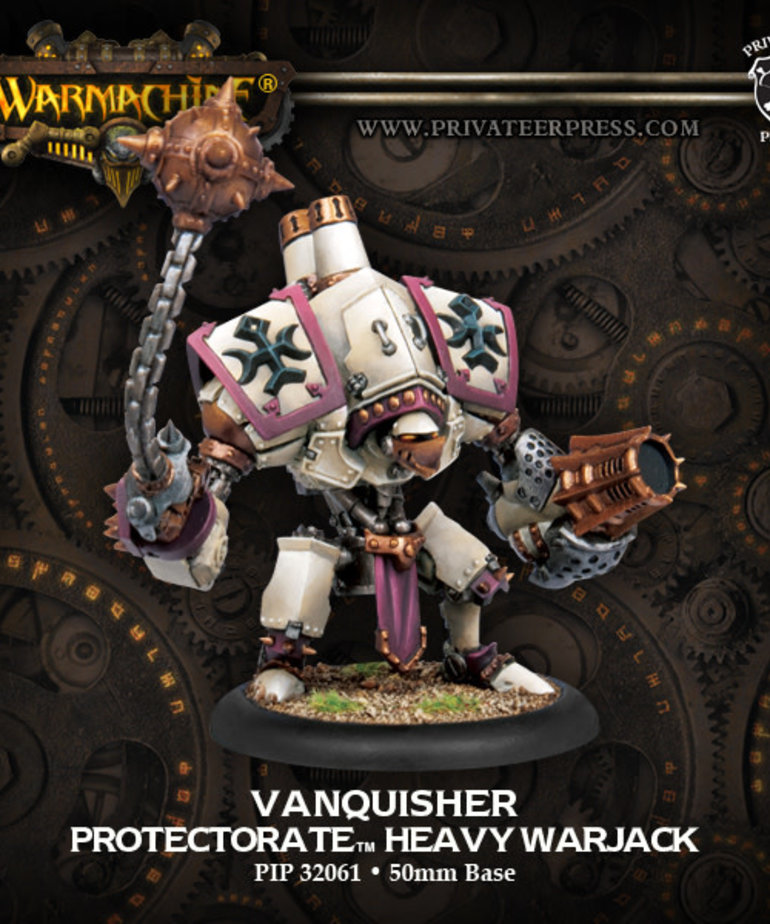 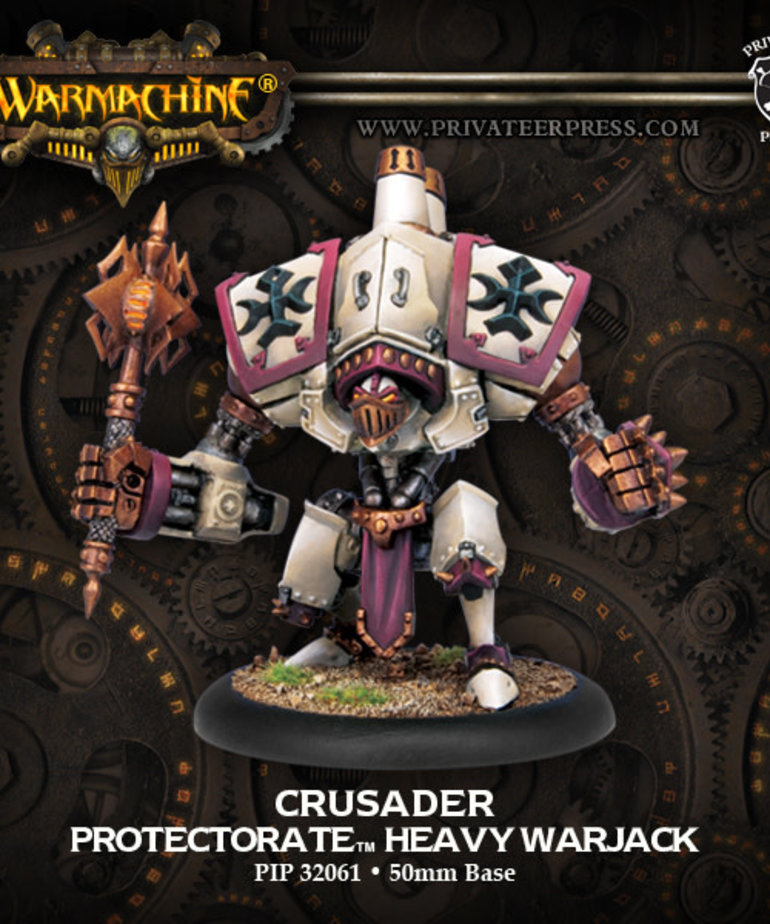 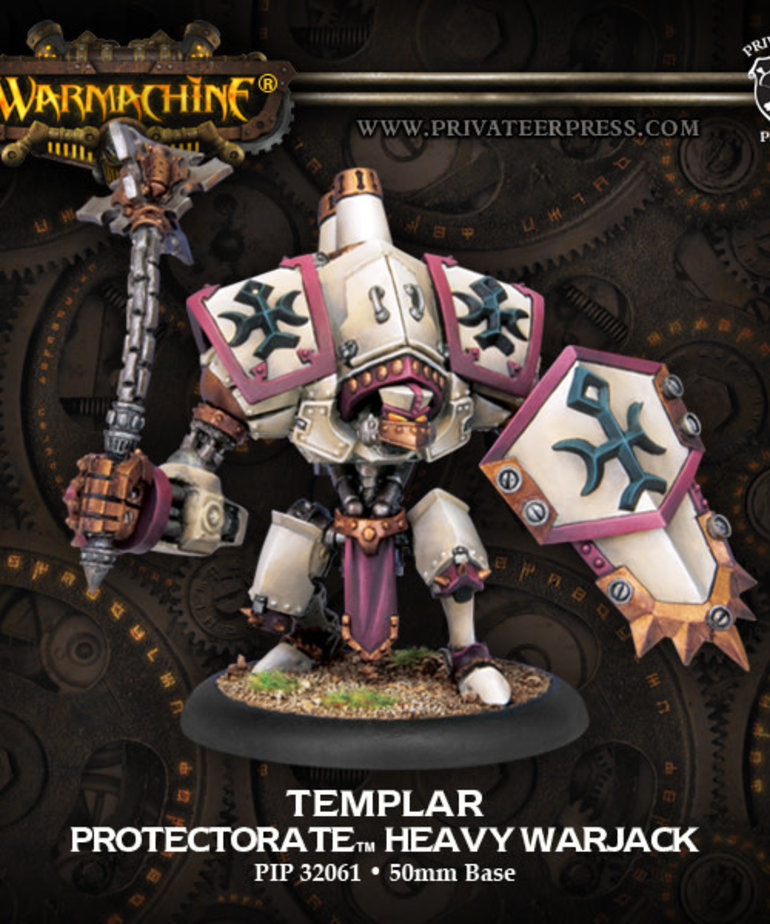 One of the first warjacks developed by the Protectorate after the Cygnaran Civil War was the Crusader, a massive warjack boasting heavy armor and capable of crushing attacks. It has served as the foundation for several masterpieces of war. The Templar, for one, smashes enemies with overwhelming force from an unassailable position behind its thick shield. Of more recent production, the Vanquisher wields a great blazing star spiked ball in one hand and a flame belcher in the other. This weapon sends an oil-filled cannonball that bursts and ignites on impact. A player may field any number of heavy warjacks in a Protectorate army.