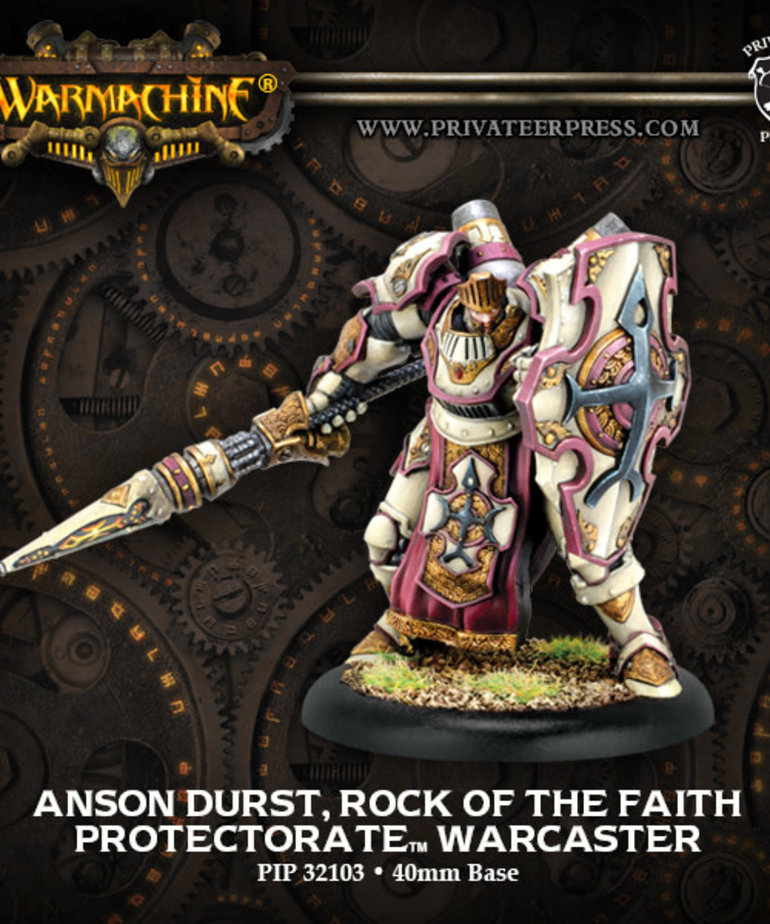 Anson Durst is the rock on which the enemies of the Protectorate break, a bulwark to the faithful who weathers tides of violence to keep blameless Menites safe. He earned his epithet fighting alongside the theocracy's defenders to repel wave after wave of invading soldiers. Countless times he used his powers and a steel wall of warjacks to prevent harm to his men. Fueled by faith and his devotion to the code of the Order of the Wall, Anson Durst is all but undefeatable when committed to the defense of his people.