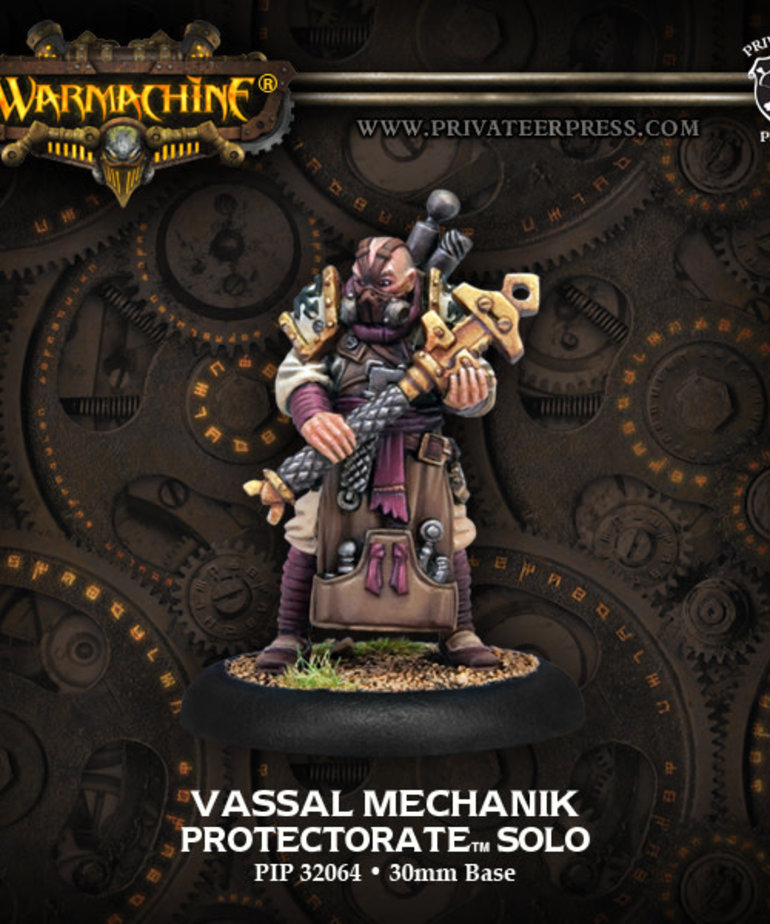 Prayer alone does not maintain the warjacks of the Protectorate. The mechaniks who learn their trade from the Vassals of Menoth view their duties as a holy necessity. They follow the Protectorate's warjacks into the thick of battle, using the jacks themselves as moving fortresses. Armed only with his tools, the mechanik's greatest weapon is his expertise to keep the warjacks running no matter how severe their damage.