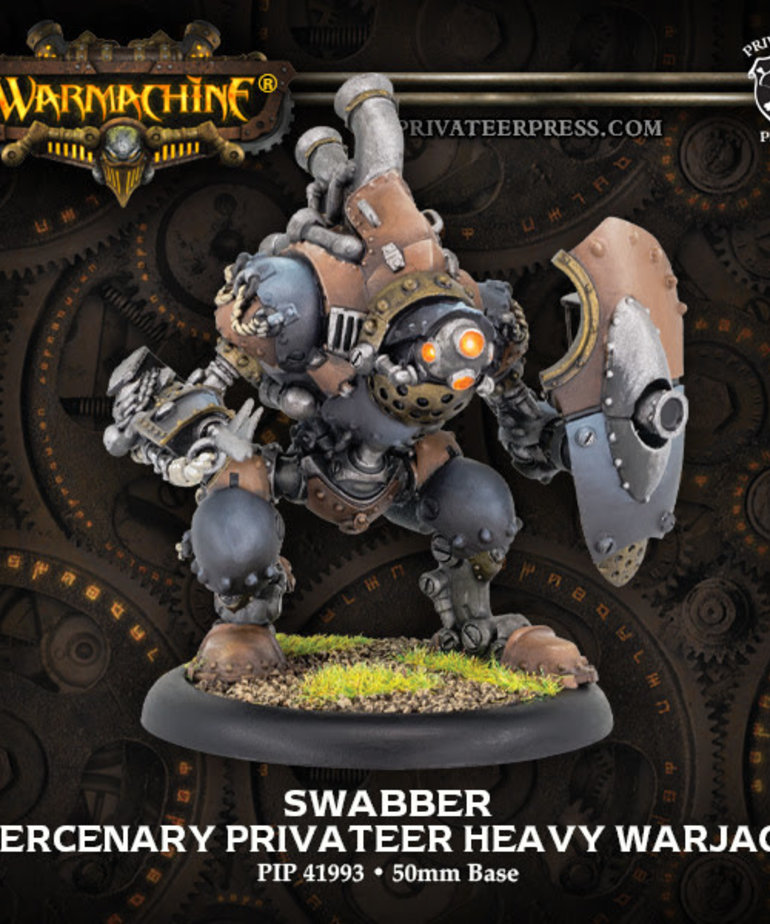 Escalating conflicts at sea has seen a steady upgrade of armament among a number of familiar warjack chassis, resulting in several dedicated war machines in place of dual-purpose labor and fighting â€™jacks. The Swabber is an outcome of this, swapping out the Marinerâ€™s improvised cannon for a dedicated shield-cannon that is extremely powerful, if inaccurate beyond short range. It is also equipped with a harpoon launcher and reeling engine that lets it drag in its catch. While marketed as being useful for whaling, the Swabber has been purchased almost exclusively by pirates to employ against their targets.