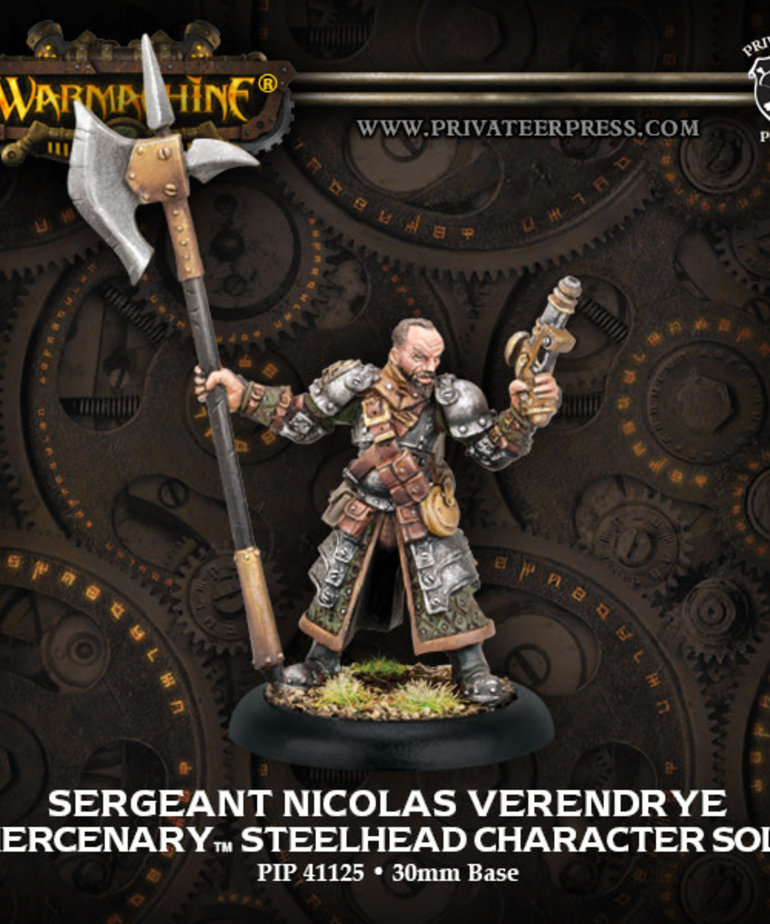 A former physician who has turned his skills to the ceaseless conflicts of western Immoren, Sergeant Nicolas Verendrye is highly esteemed by those under his command. Verendrye has found his place in the bloody press of melee, employing his medical expertise to keep his men standing and using his keen battlefield acumen to lead them to victory.