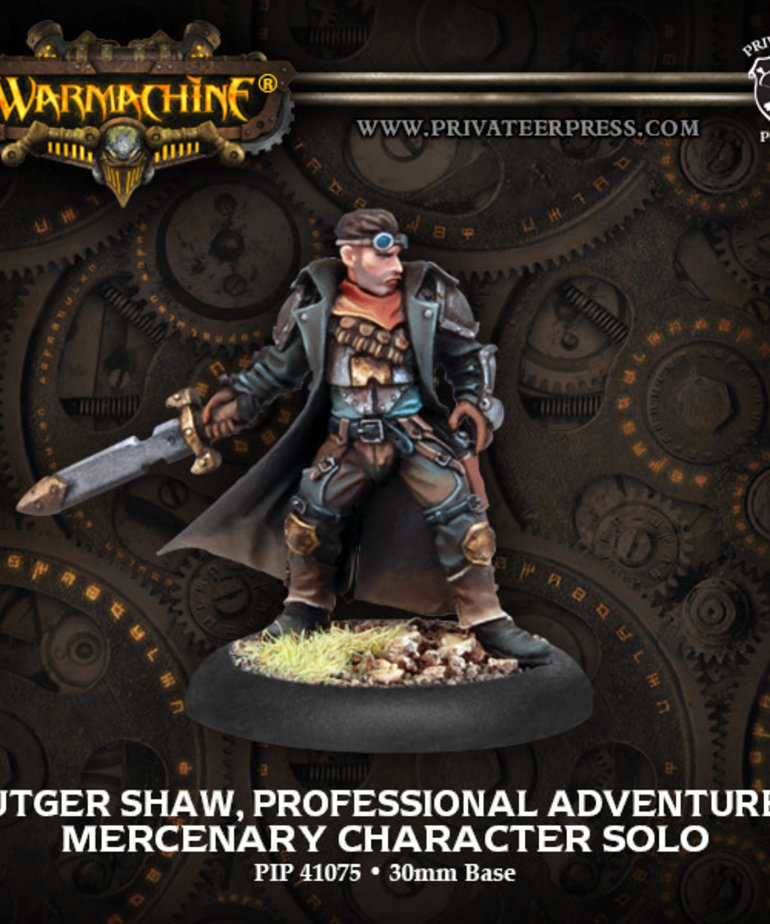 Rutger Shaw enlisted in the Cygnaran Army as a young man and trained as a trencher, demonstrating a unique knack for marshaling warjacks as well as skill with a blade. Military service and long years of battle hardened him, even as his conscience chafed at fighting at the whim of callous officers. He opted out and turned sell-sword, spending recent years travelling the Iron Kingdoms guided by his taste for adventure and coin. Rutger Shaw comes in a blister (PIP 41075). A player may field one Rutger Shaw in a Mercenary or faction army.