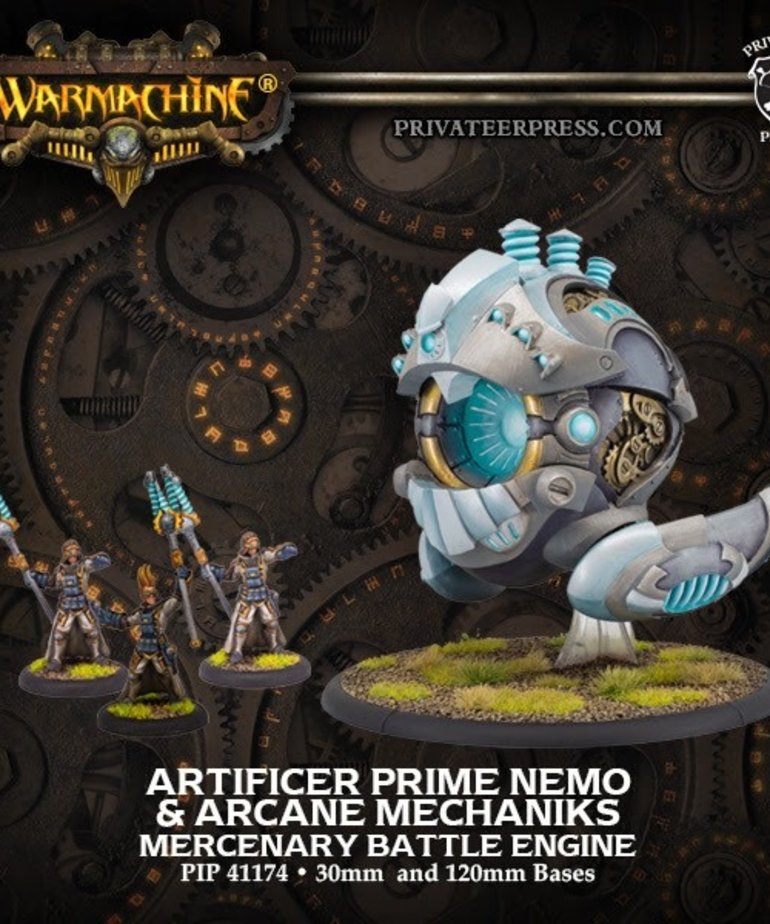 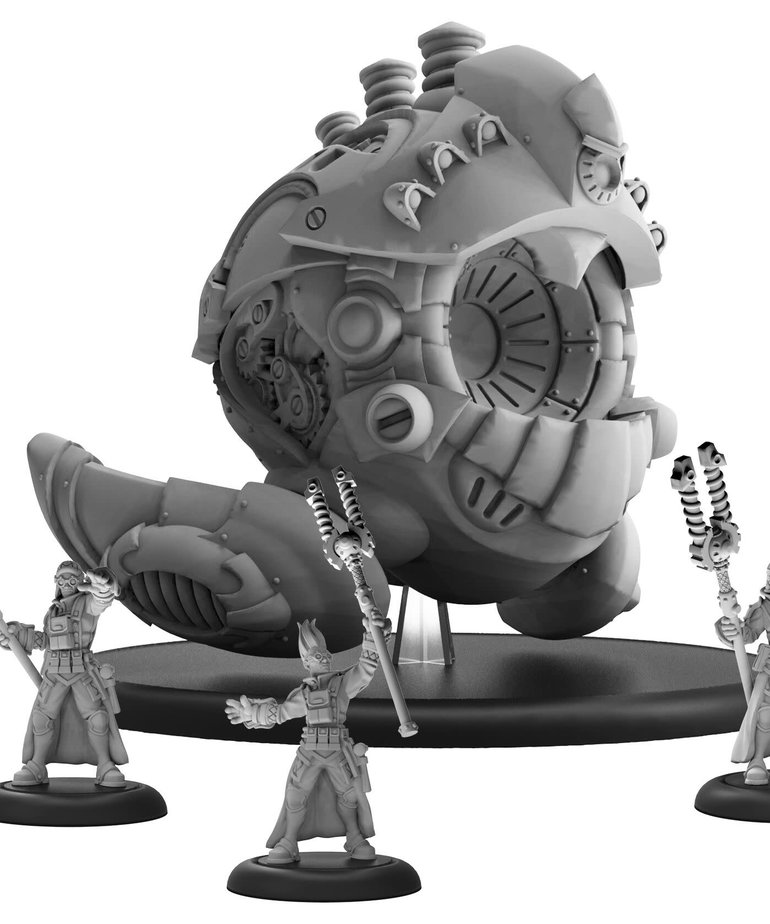 Saved from certain death for an uncertain future, Nemoâ€™s newfound purpose in life is to save humanity from the threat of the infernals. With his soul encapsulated in a machine designed by the Convergence, he is driven to escape with as many as he can, regardless of where they may find themselves when the end comes.

_x000D_ - As a battle engine, Nemo brings an astonishing amount of destruction and survival skills to the table. His abilities to return forces to a unit, level automatic hits against nearby enemies, and bring in a solo once per game combine with his devastating Thunderbolt and exceptional damage box count to give enemies pause before engaging him. Alongside his mechaniksâ€”who not only repair construct models but give Nemo focus and dice controlâ€”Nemo is a force to be reckoned with._x000D_ _x000D_