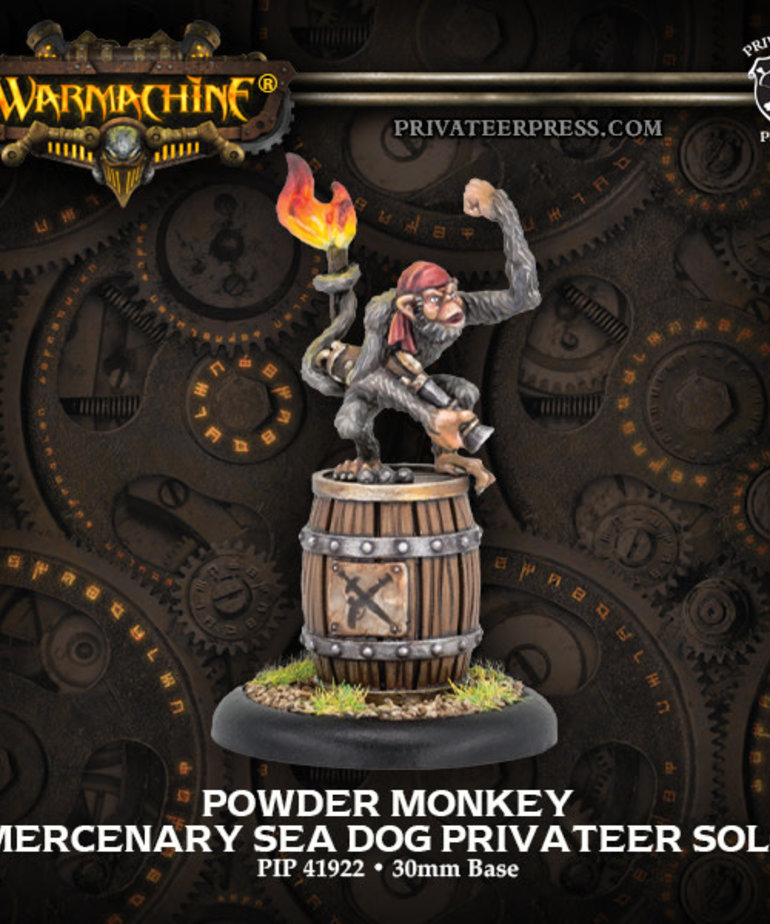 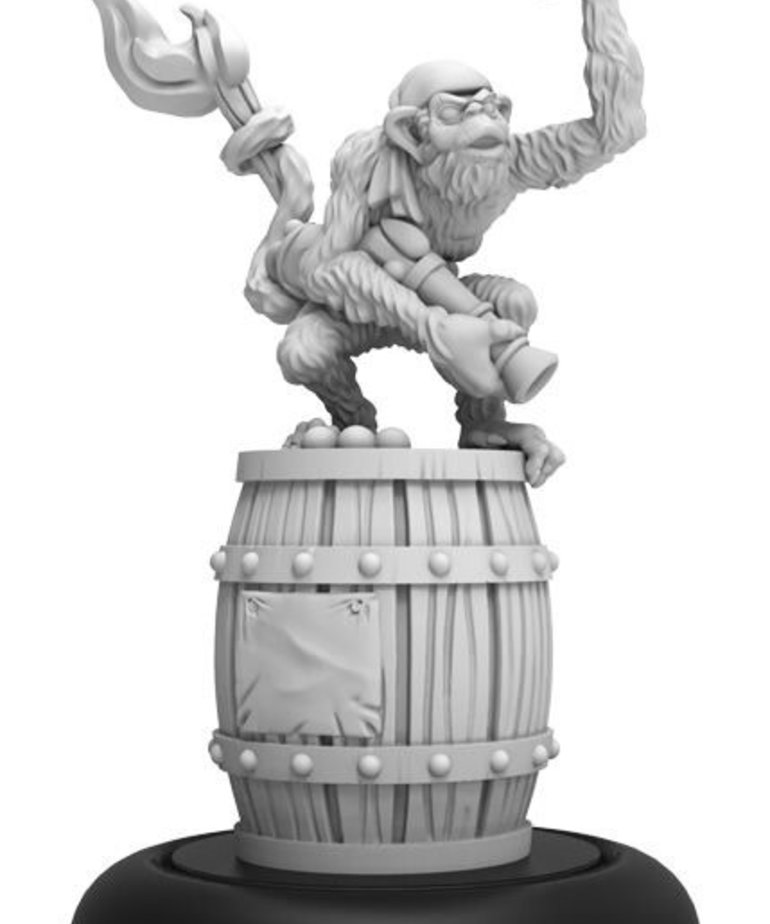 On a busy pirate ship, the sea dogs that crew the vessel come and go, particularly in hostile waters. Oftentimes ships find themselves short on crew and are willing to consider unconventional solutions. A well-trained monkey can be just as useful as the average half-drunk sea dog for many tasks, including running powder to cannon crews and warjacks. Teaching one to light a readied cannon or even to fire small pistols is well within a monkeyâ€™s capabilities. Whether or not itâ€™s actually a good idea to hand a torch to a monkey who sits atop a powder keg is another matter.

Key Features:
_x000D_ The Powder Monkey is a warjack support solo with two very useful abilities. With Empower, the Powder Monkey can fuel up friendly â€™jacks and give them more power to play with on the battlefield. The Powder Monkeyâ€™s Ancillary Attack ability allows warjacks to make additional attacks. Best of all, when you opponent finally manages to devote attacks to kill the Powder Monkey, he explodes and detonates into your opponentâ€™s army.