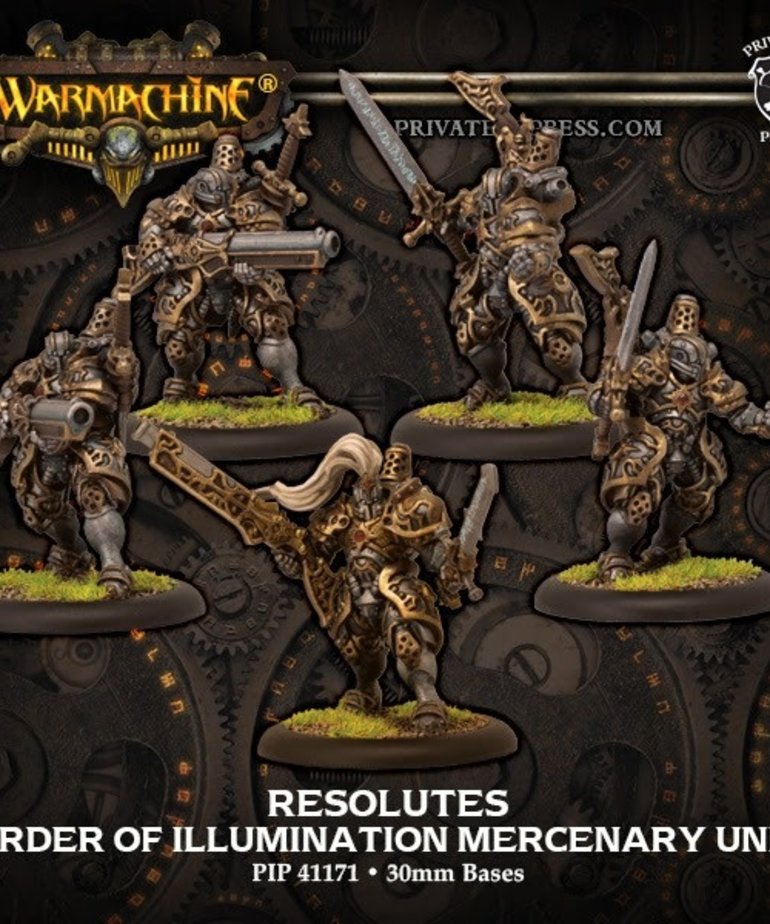 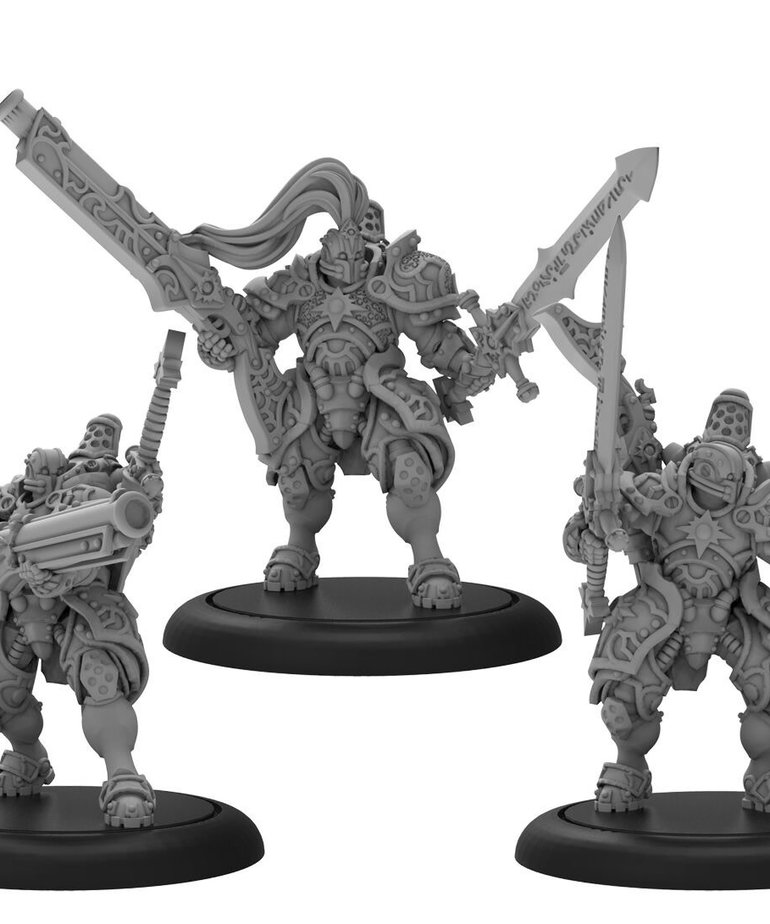 The Resolutes are the heavy infantry of the Order of Illumination. Armed with holy blades and blessed Execrator Cannons, the Resolutes are trained to cleave through unholy spirits and the most malevolent denizens of the Outer Abyss. Their mechanika armor protects them from both mundane attacks and the dark corruptions of infernal and undead foes. Few of humanityâ€™s heroes are as prepared to face the infernal threat as are the Order of Illumination Resolutes.

_x000D_ - The Order of Illumination Resolutes is a unit that takes to the battlefield wearing heavy armor like the Khadoran Man-O-Wars but with additional holy protections against attacks made by Infernal and undead models. Offensively, both their melee and ranged attacks deliver a powerful punch, which is further increased when attacking the undead and Infernal models they are geared to destroy._x000D_ _x000D_