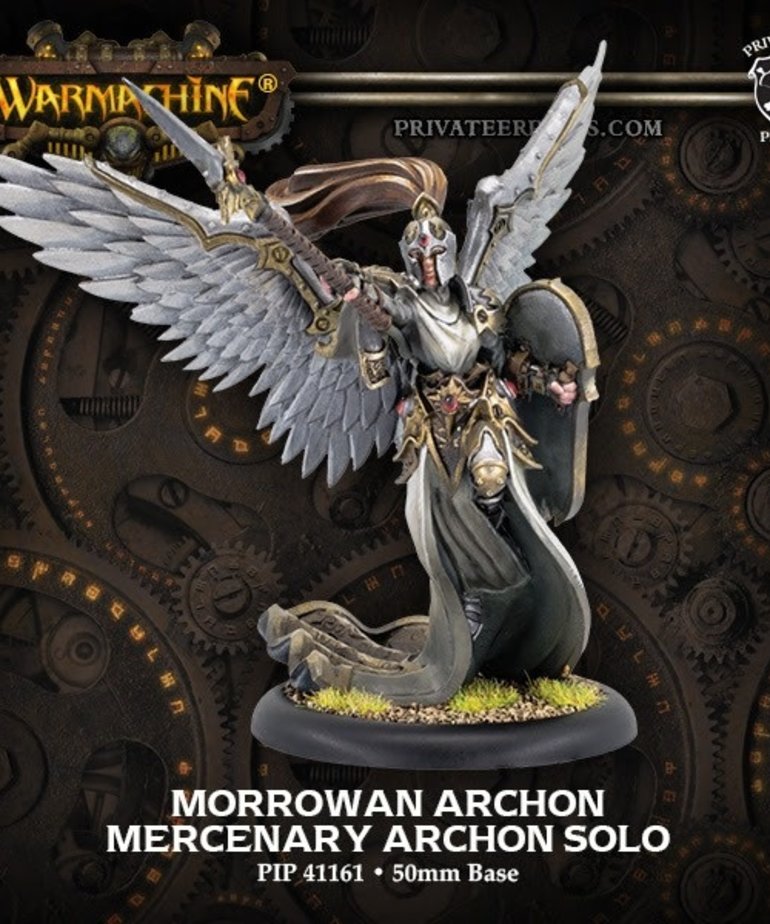 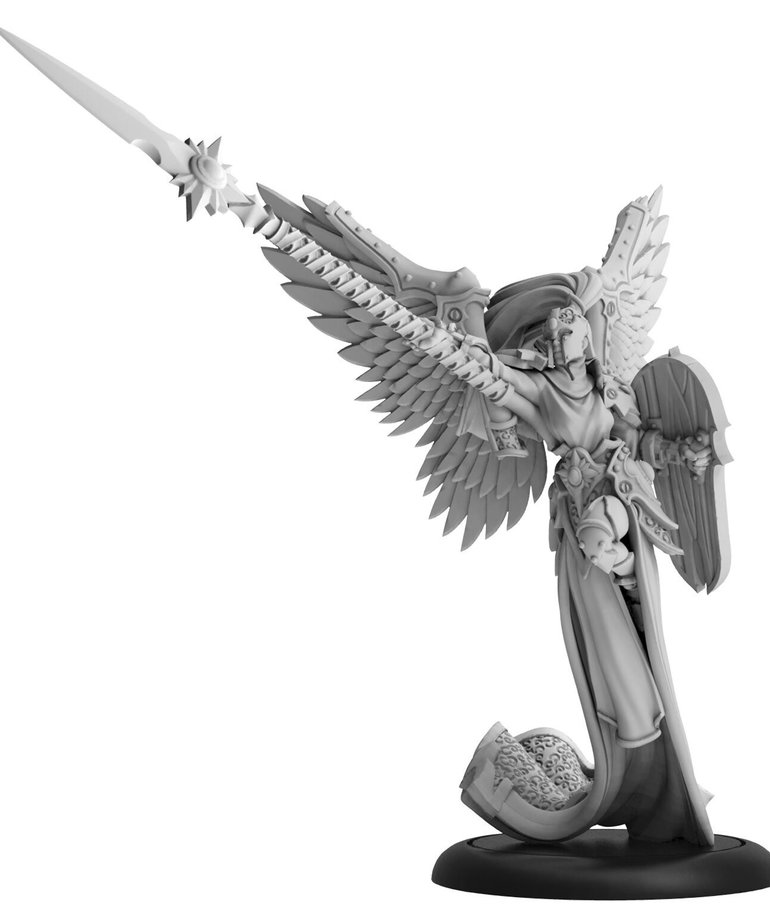 The Host of Archons is accepted as the manifestation of Morrowâ€™s will on Caen, and their appearances are always momentous. Awe inspiring as they are, the sight of a Morrowan archon can chill the blood of even the most pious, as they herald events that are both terrifying and world changing. While most historical examples of archon manifestations have involved prophecy, they have also proven willing to wield their power directly in battle. Morrowâ€™s archons represent hope but also underscore the potential doom awaiting humanity should this war against the darkness be lost.

Key Features:
_x000D_ The Morrowan Archon safeguards the souls of its devotees by serving as a stalwart bulwark against your opponentâ€™s offense. Specializing in defense and toughness, the Morrowan Archon is best served in the heart of your army, protecting the souls of your warriors while Shield Guarding enemy ranged attacks. Additionally, any enemy that strays too close will falter in their attacks thanks to the Morrowan Archonâ€™s Blinding Radiance.