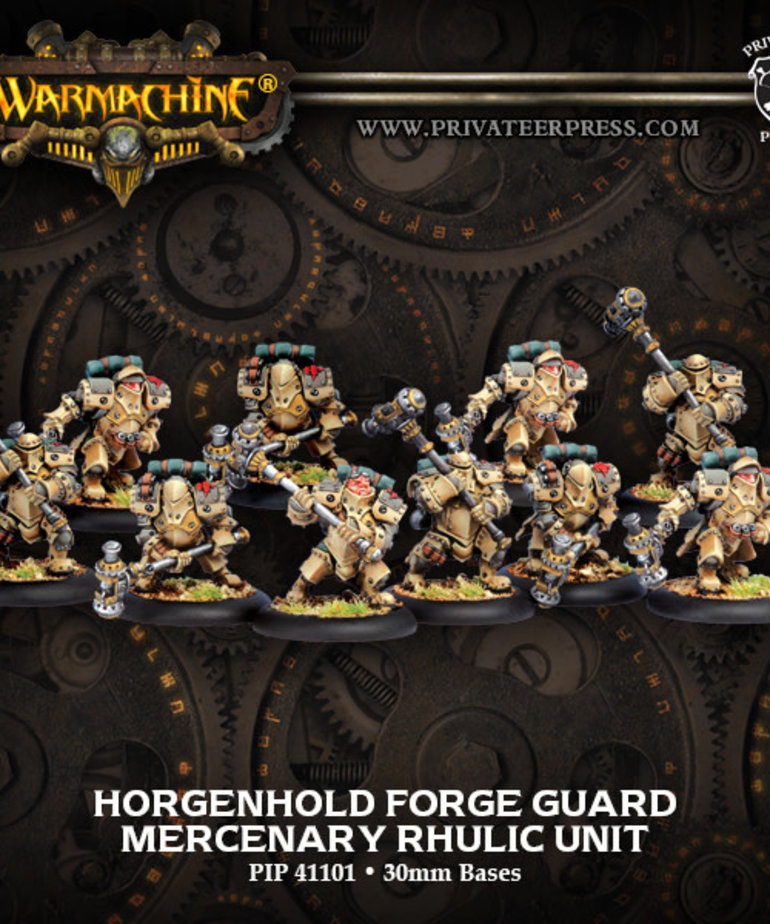 The Horgenhold Forge Guard enter battle in superlative Rhulic armor, form an impervious line, and deliver blows capable of toppling warjacks with their massive, piston-driven hammers. Though the dwarves remain officially neutral in the southern wars of men, the Forge Guard hire out as mercenaries and bring the power of raw, blunt destruction to the battlefield. SPECIAL NOTE: PIP 41101 contains the same Mk II stat card as PIP 41067. The models in this box represent the same figures in the game. PIP 41101 replaces PIP 41067 and PIP 41068 by offering their contents in a complete unit. The replaced PIPs will no longer be available from Privateer Press beginning May 1, 2012.