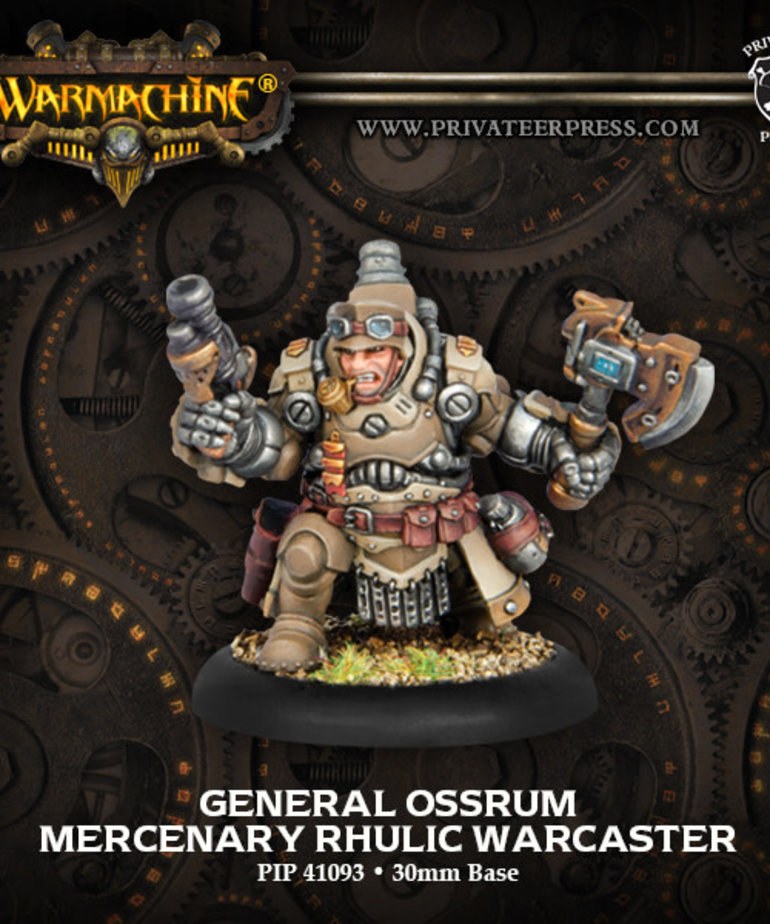 General Ossrum Dhurg's disdain for traditional tactics and penchant for startling improvisation and bold maneuvers have earned him both admiration and ire from his peers. The men he commands, though, regard him with universal respect and affection, not merely for the victories he brings their clans but also because he asks nothing of them he would not do himself. Always on the advance, General Ossrum greets each morning with fresh enthusiasm, intending that should the day be his last, it will end in glory.