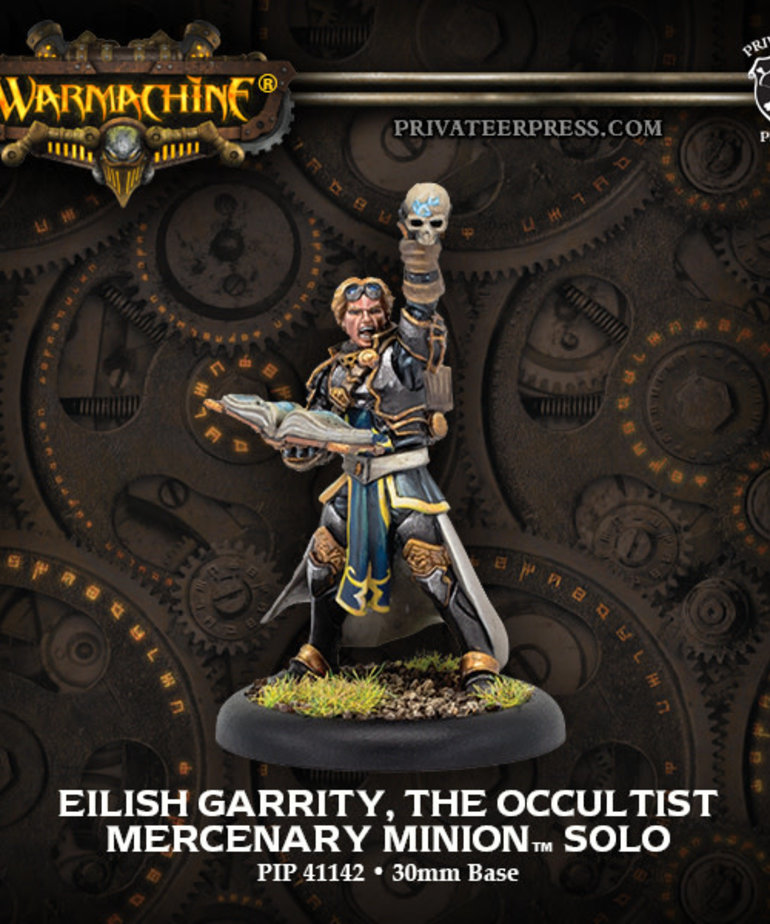 An arcanist, scholar, and experienced sellsword, Eilish Garrity of the Black River Irregulars mercenary company now walks a dangerous road to power. Those who confront him in battle discover that his scholarly demeanor belies his potent arcane skill; which some suggest was earned through nefarious means. He insists he is wielding his power for the greater good, though it seems a dark path he treads.

Originally offered as part of the launch of No Quarter Prime, Eilish has proven to be one of the most popular solos in WARMACHINE & HORDES. This powerful spellcaster works for almost every Faction in the game, and this new sculpt of Eilish will be an excellent addition to any player's collection.