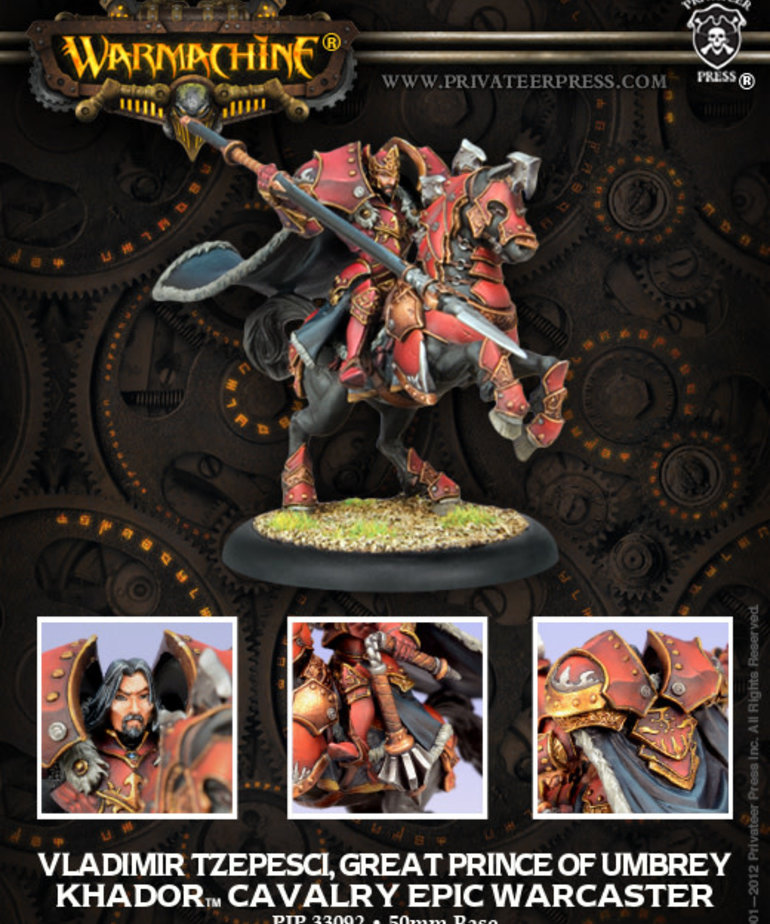 Reclaiming his long-denied birthright, Great Prince Vladimir Tzepesci rides his warhorse Vsada into battle to defend the lands of Umbrey restored to his family. He wields weapons of the ancient Tzepesci horselords, carrying a spear in one hand and the mace Huntsman in the other. Should strength of arms alone prove insufficient, Vladimir lashes out with dark sorceries, the blood of kings that runs in his veins lending him the strength to secure victory.