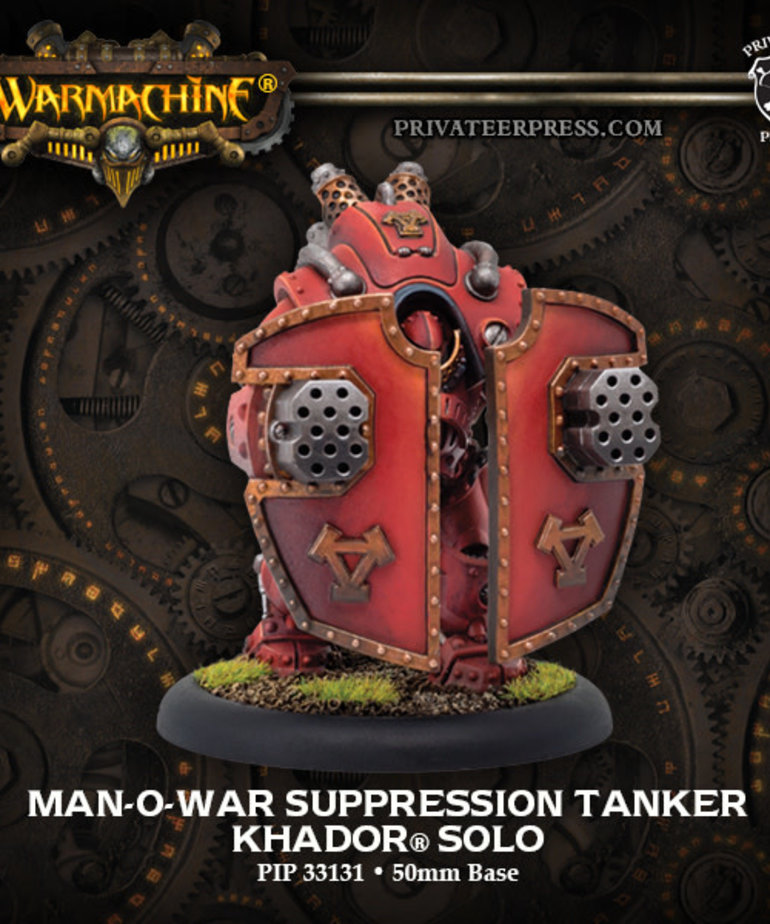 Man-O-War tankers are a response to the more impressive armaments and engines of war that Khador now finds set against it. Tankers support their smaller companions in battle, girding them with massive armored shields and laying down heavy supporting fire. Suppression tankers are armed with a pair of volley guns, each being a multiple-barreled light cannon able to fire single chambers in rapid succession or multiple barrels simultaneously.