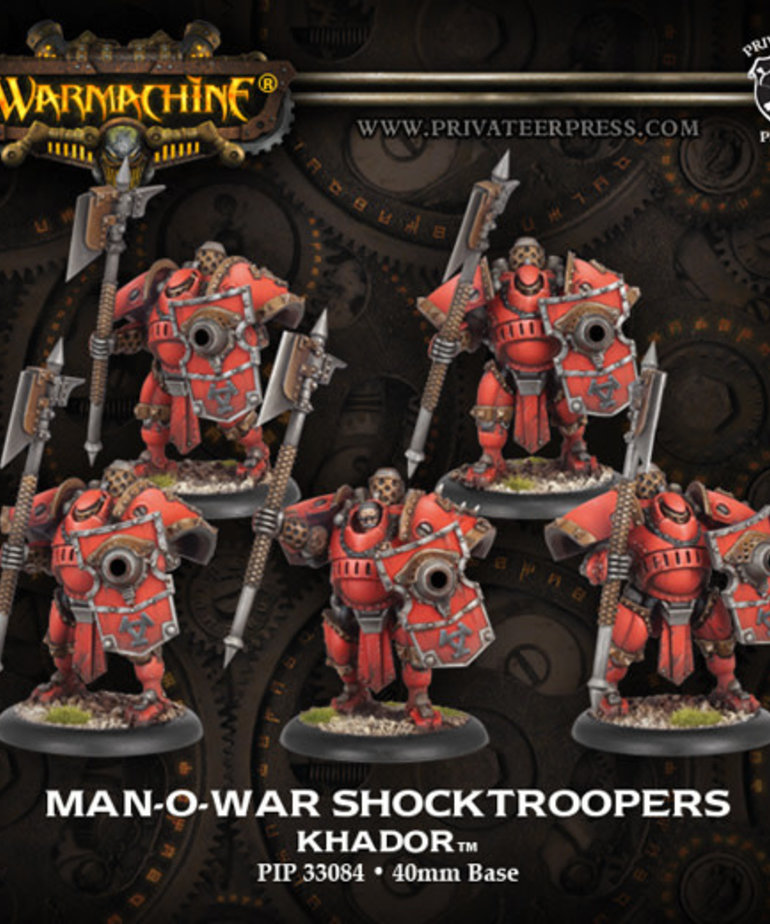 Part of the iron core of Khador heavy infantry, each Man-O-War shocktrooper wears a massive suit of steam-powered armor that protects him from all but the most powerful enemy attacks. Shocktroopers assault the enemy in tight formations, using their heavy shields to protect them from even blasts of artillery fire while they blow apart enemies with their shield cannons. Once they reach the enemy line, few can withstand the combined assault of their fearsome annihilator axes. The Man-O-War Shocktrooper unit comes in a box (PIP 33084). A player may field up to three Man-O-War Shocktrooper units for each warcaster in a Khador army.SPECIAL NOTE: PIP33084 contains the same Mk II stat card as PIP33020. The models in this box represent the same figure in the game. However, the models in PIP33084 are a new sculpt and therefore look different from the models in PIP33020 and PIP33007. In addition, these models are plastic rather than metal.