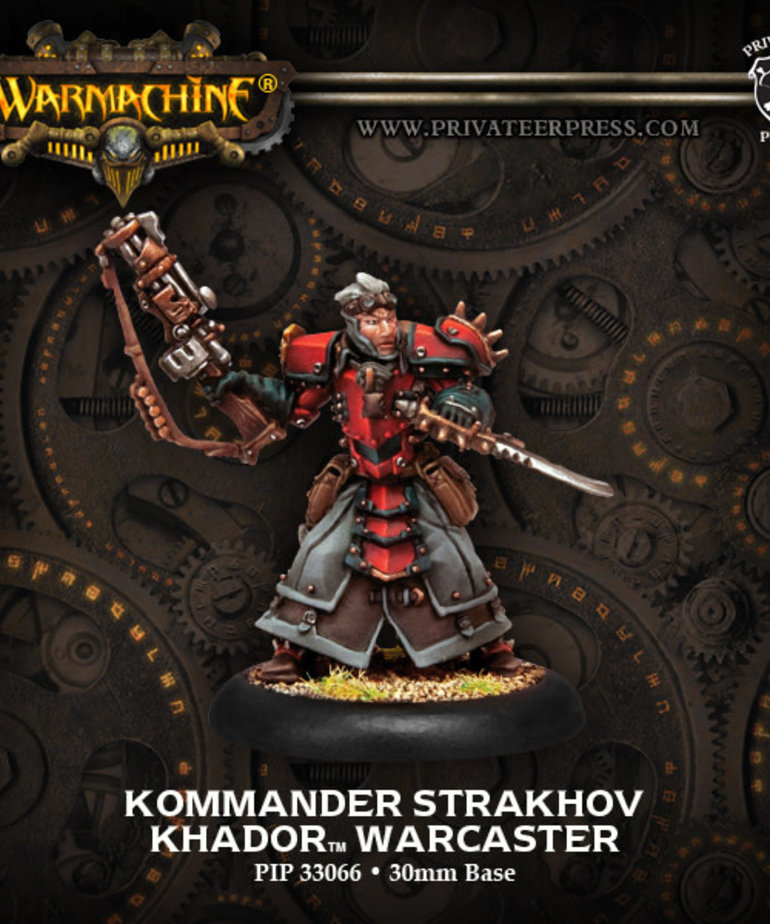 Few soldiers are as hated and feared by the Motherland's enemies as Kommander Viktor Strakhov. Strakhov takes pride in the fact that he has never refused a mission, no matter how dangerous. Although he prefers to rely on his physical superiority, his potent arcane abilities have been refined to aid him in the shock assaults in which he excels. Strakhov and his 'Jacks launch brutal strikes against enemy positions, slaughtering the enemy before they can react. With each engagement, Strakhov changes the face of warfare in the Iron Kingdoms to match his vision of bloody excellence. Hitting the trenches this March!