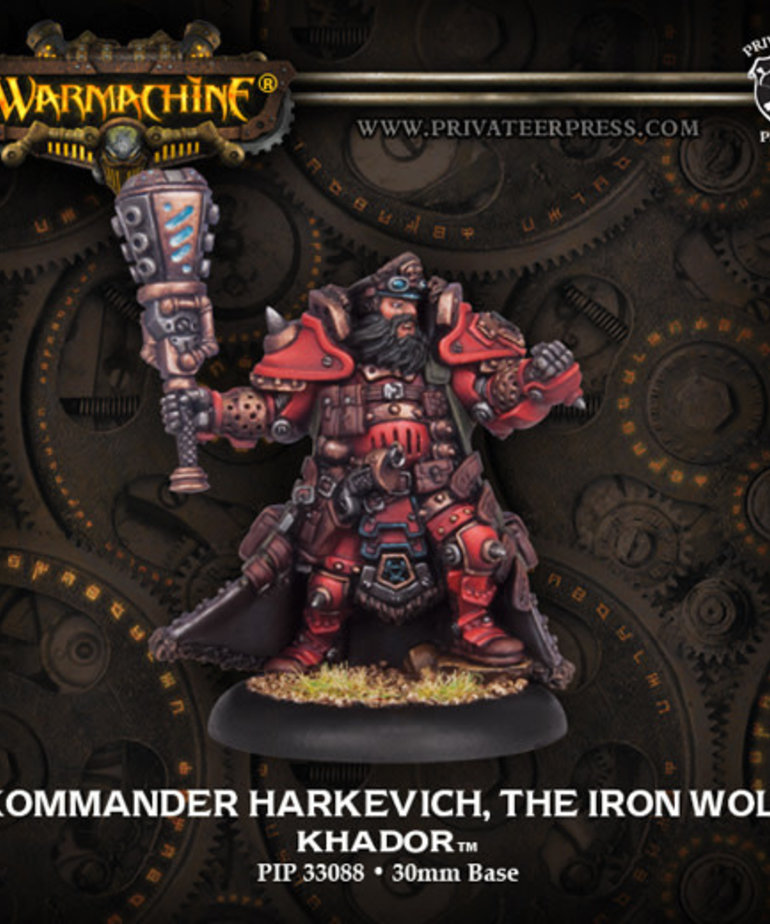 Khador's Iron Wolf has earned a reputation as a peerless master of heavy armor on the battlefield, a war hero beloved by his men and respected even by the enemies of the Motherland. He is famous for his ability to move large numbers of Warjacks at an unprecedented pace to arrive where the enemy least expects him. Where Harkevich and his iron army stride, the enemy finds itself hounded, outmaneuvered, cornered, and eventually obliterated by overwhelming firepower.