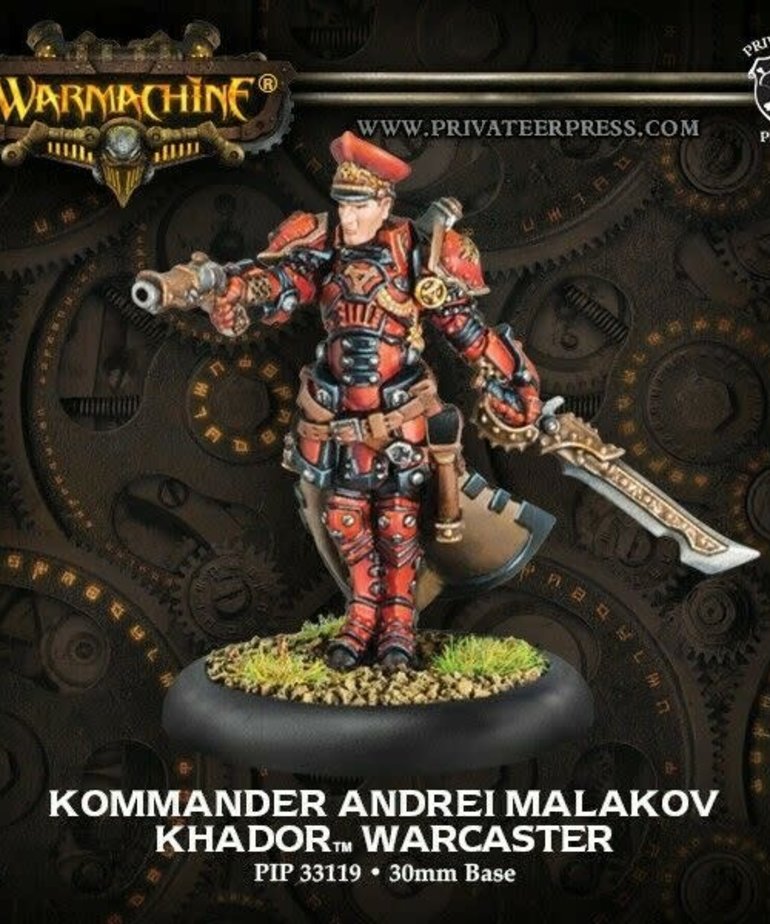 Kommander Andrei Malakov has developed into a ruthless but eminently capable Khadoran officer. Driven by bold self-confidence and implementing unconventional tactics, he has no qualms about ordering artillery strikes close to his own lines or pushing feints to their limits despite casualties. As a protÃ©gÃ© of Supreme Kommandant Irusk, the young warcaster strives not only to emulate his mentor but also to surpass him, developing his own more aggressive doctrine.