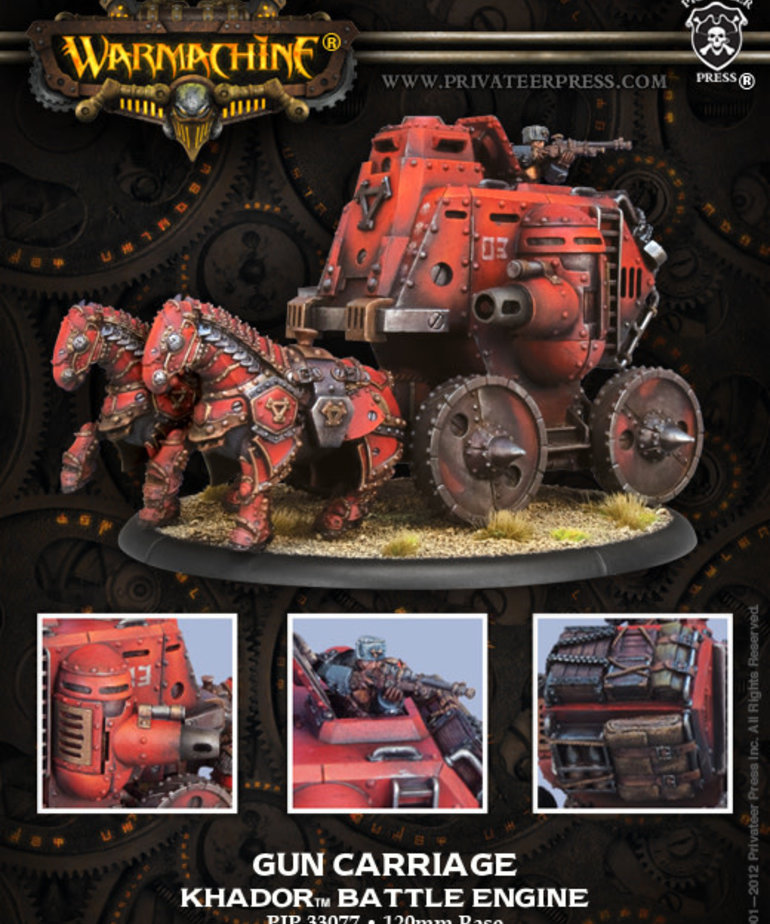 A weapon platform that can deliver death and ruin to nearly any part of the battlefield, the Khador gun carriage is a rolling engine of destruction. Its dual cannons can blast apart enemy warjacks, shatter troop formations, or transform the earth into a crater-scarred wasteland. Their resounding thunder often heralds Khadoran victory on the battlefield. Even without its mighty guns the massive machine can easily shatter through enemy lines and trample foes beneath tons of iron and horseflesh.