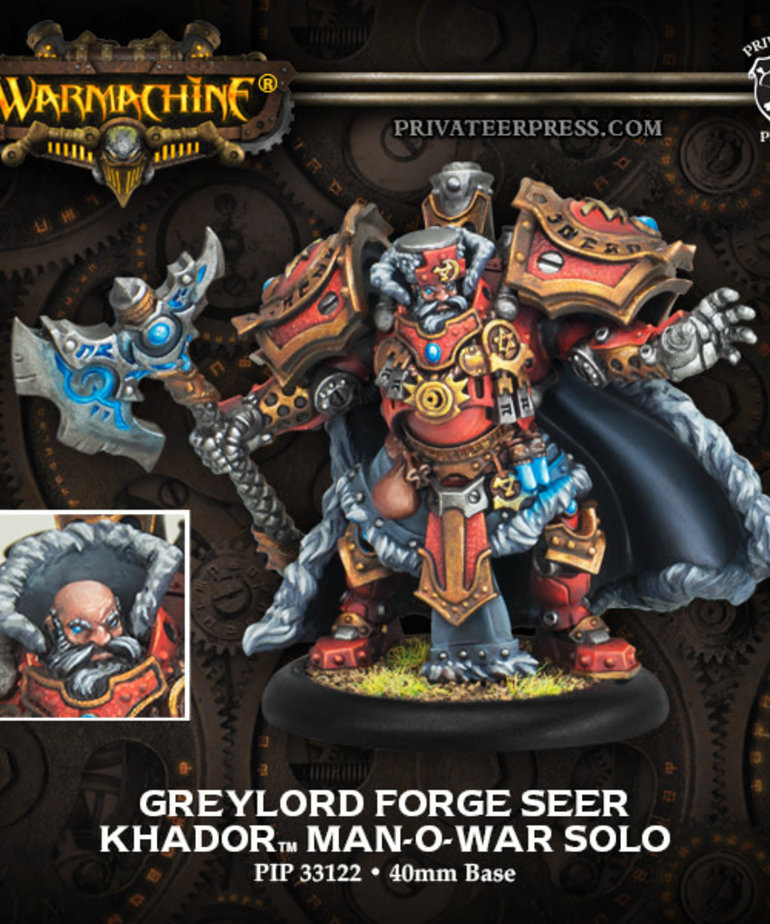 More than just craftsmen, Forge Seers also take to the battlefield alongside the warjacks they help create. These Greylords apply their knowledge of magic and mechanika to imbue the weapons of warjacks with the power needed to cut down unnatural foes who are more than flesh and steel. Clad in Man-O-War armor, Greylord Forge Seers charge into battle with the hiss of steam in their ears and the chill of winter at their fingertips.