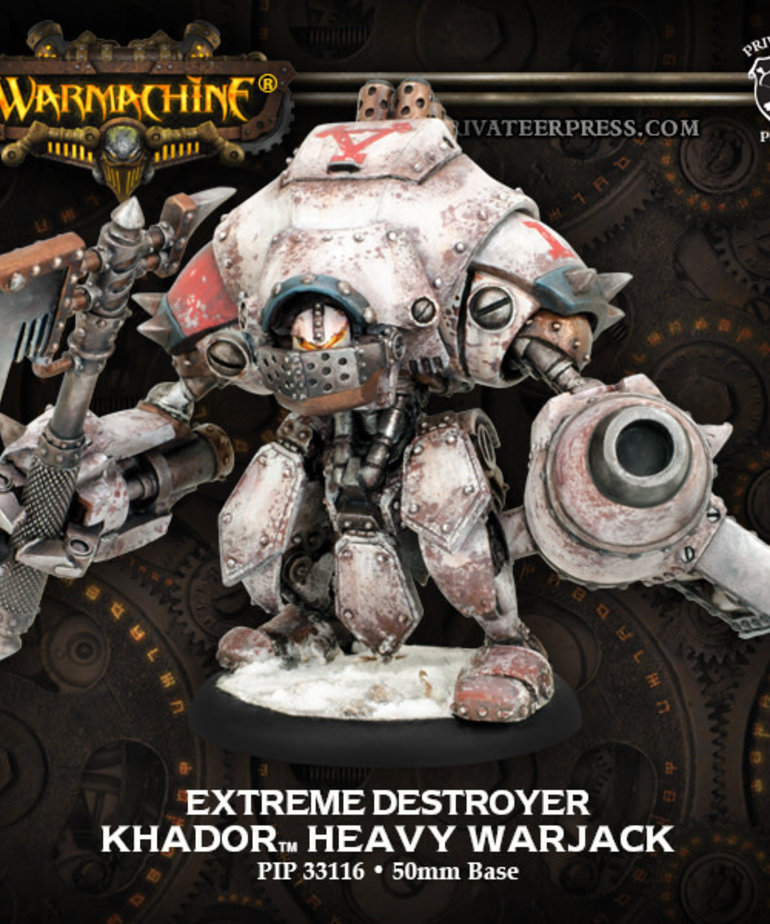 0 reviews
Add your review
- Nothing can stand against the unrelenting bombardment of Khador's Destroyers.
1 In Stock
Add to wishlist / Add to compare / Print

Privateer Press Extreme models embody the full-throttle attitude of WARMACHINE and HORDES cranked up another notch. These models represent the ultimate creative vision for the Iron Kingdoms' most iconic warjacks and warbeasts taken to the extreme! Designed for the display case, these models are also legal for use in WARMACHINE and HORDES games. Nothing can stand against the unrelenting bombardment of Khador's Destroyers. The highly poseable Extreme Destroyer's massive frame captures in stunning detail the essence of Khador's most infamous mobile siege weapon.

SPECIAL NOTE: PIP 33116 contains the same stat card as PIP 33063. The model in this box represents the same figure in the game. However, the model in PIP 3316 is a premium 'Extreme' sculpt designed as a collector's display piece and suitable for tabletop use.