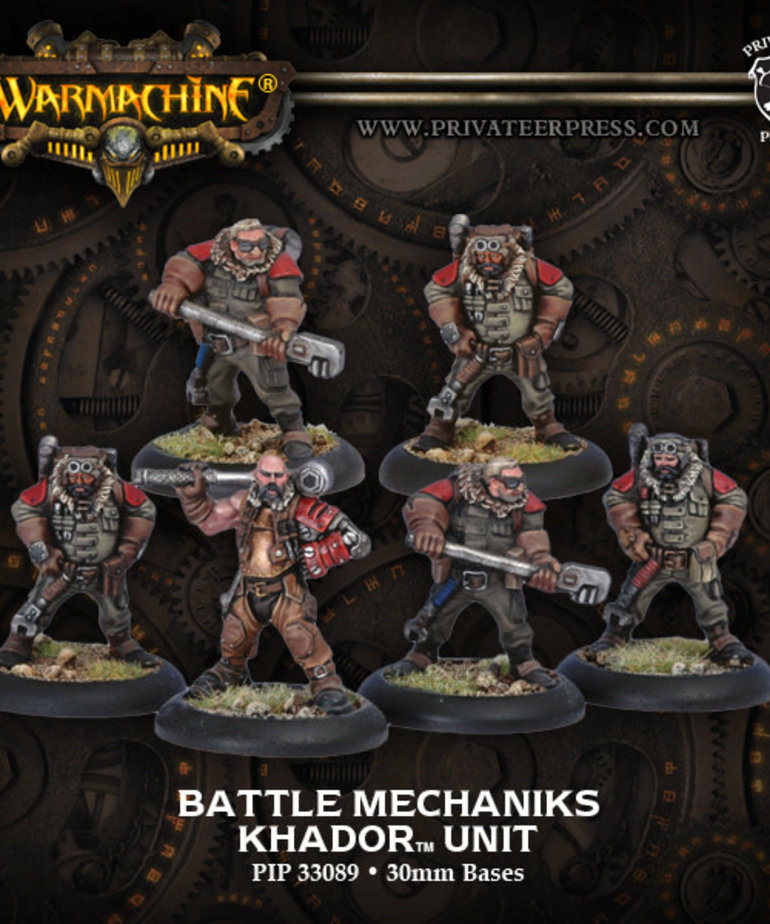 Khador's mighty warjacks are built to last, but not even the toughest Destroyer or Juggernaut is immune to the devastating effects of protracted battle. The loyal members of the Khadoran Mechaniks' Assembly are there to keep the empire's great battle machines pounding away at the enemy. Every battle mechanik follows his warjacks into battle, ready to make essential repairs or simply crush skulls with his oversized wrench. The Battle Mechanik unit comes in a blister (PIP 33089). A player may field up to three Battle Mechanik units for each warcaster in a Khador army. SPECIAL NOTE: PIP 33089 contains the same Mk II stat card as PIP 33004. The models in PIP 33089 are the same models as are in PIP 33004 and PIP 33005 and replace those older PIPs by offering their contents in a complete unit. PIP 33004 and PIP 33005 will no longer be available from Privateer Press beginning May 1, 2011.