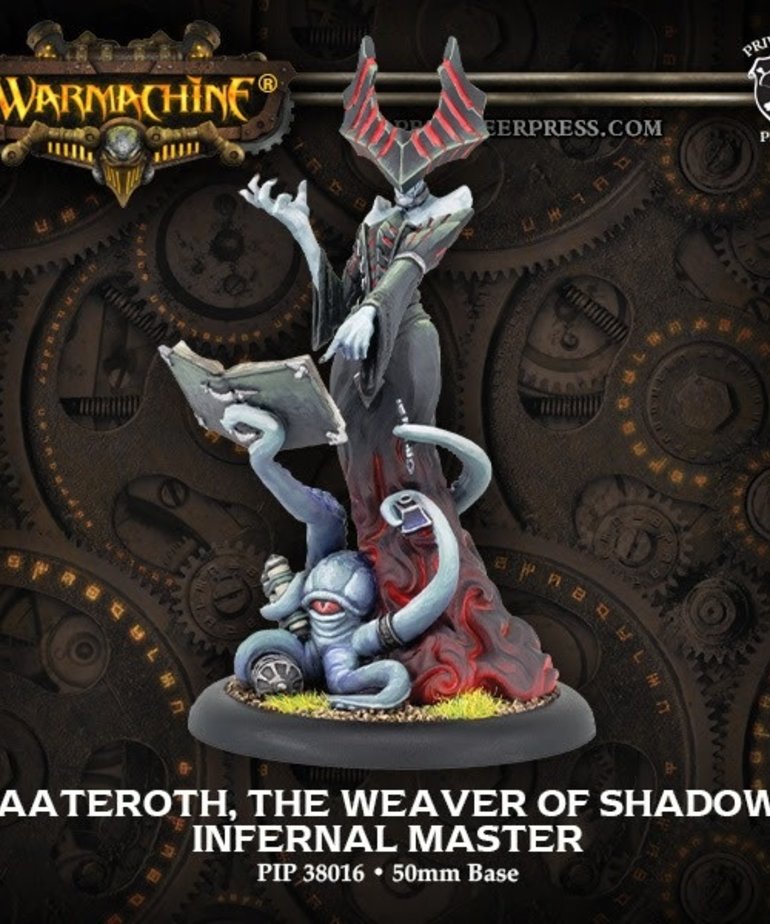 Zaateroth is a fell master of tremendous intellect and will, an entity whose very appearance can overwhelm lesser minds, forcing them to their knees. She possesses an aura of alien grace and majesty that is both cold and terrifying. It is no wonder that in ancient times, those who witnessed Zaateroth thought her a dark goddess, and in occult texts, she is described as a personification of death and decay. At her least touch, corporeal forms begin to lose coherence, falling to ruin as if left to age for a thousand years. Shadows move about her like specters, and in these shadows is the essence of the Outer Abyss.

Key Features:
_x000D_ Zaateroth is a powerful control â€™caster with a suite of powerful spells and rules to help disable her opponentâ€™s army. She favors a selection of units that can leverage her feat and take advantage of her spells like Black Spot, which can generate additional attacks for units like Grievers, or Scything Touch, which reduces enemy armor and helps models like Howlers kill even more efficiently.