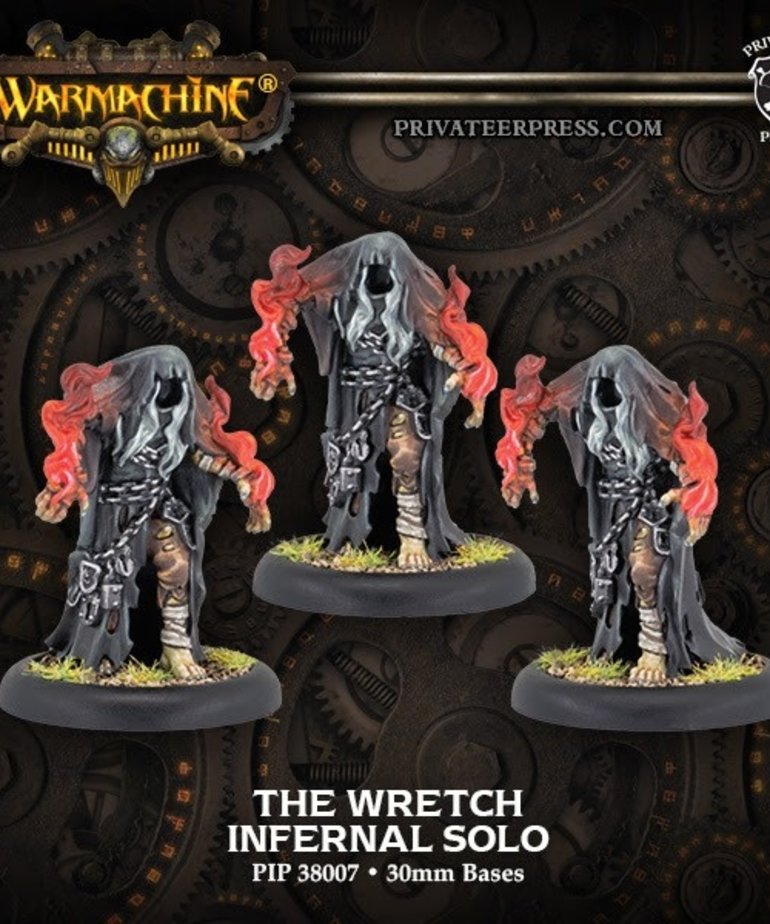 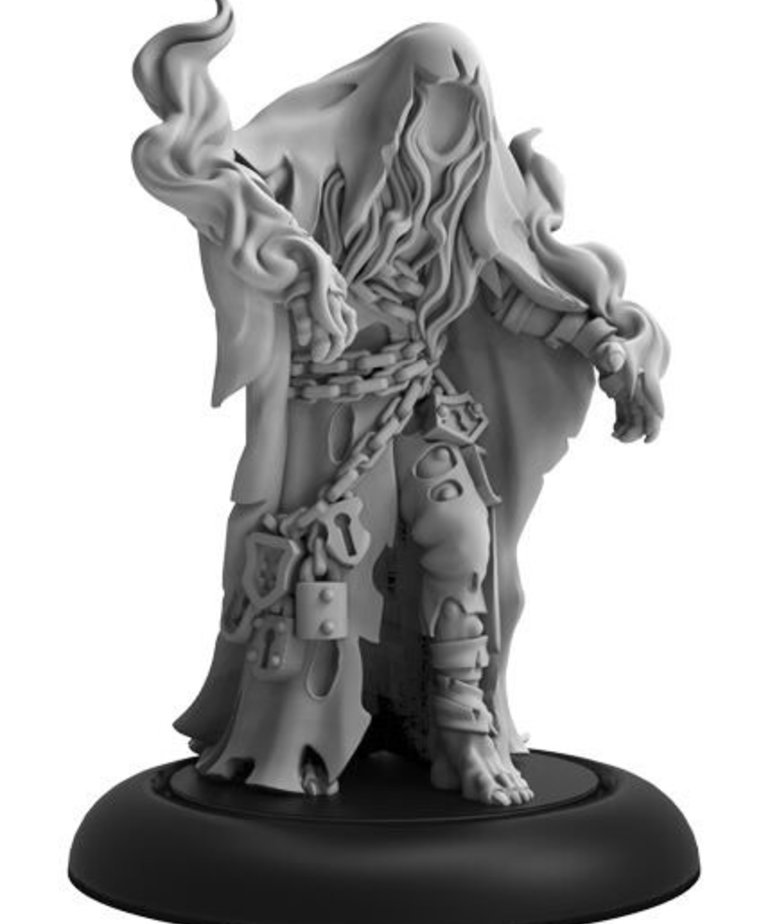 0 reviews
Add your review
- It is protected from enemy ranged attacks by Stealth, and it can cast a spell that covers allies in the same protection.
0 In Stock
Add to wishlist / Add to compare / Print

Some infernalists embrace their chosen path with greater than normal enthusiasm, surrendering themselves utterly to the cause and giving up their humanity. Referred to as wretches, these individuals have put their past identities behind them and have earned a variety of boons from their patrons that allow them to unleash terrifying magic. Infernal power has transfigured them into monsters with scaled skin, wrapped in tattered rags and chains that symbolize their bondage to higher powers.

Key Features:
The Wretch is a support solo that lurks in the backlines of Infernal armies. It is protected from enemy ranged attacks by Stealth, and it can cast a spell that covers allies in the same protection. Its other spells can be used to give a friendly Horror an out-of-activation attack or detonate enemy warriors into a swarm of biting flies. Like most of the mortal followers of the Infernals, the Wretch is a Marked Soul. This makes it an integral part of any Infernal Master's Essence economy and an important component for Horror summoning.