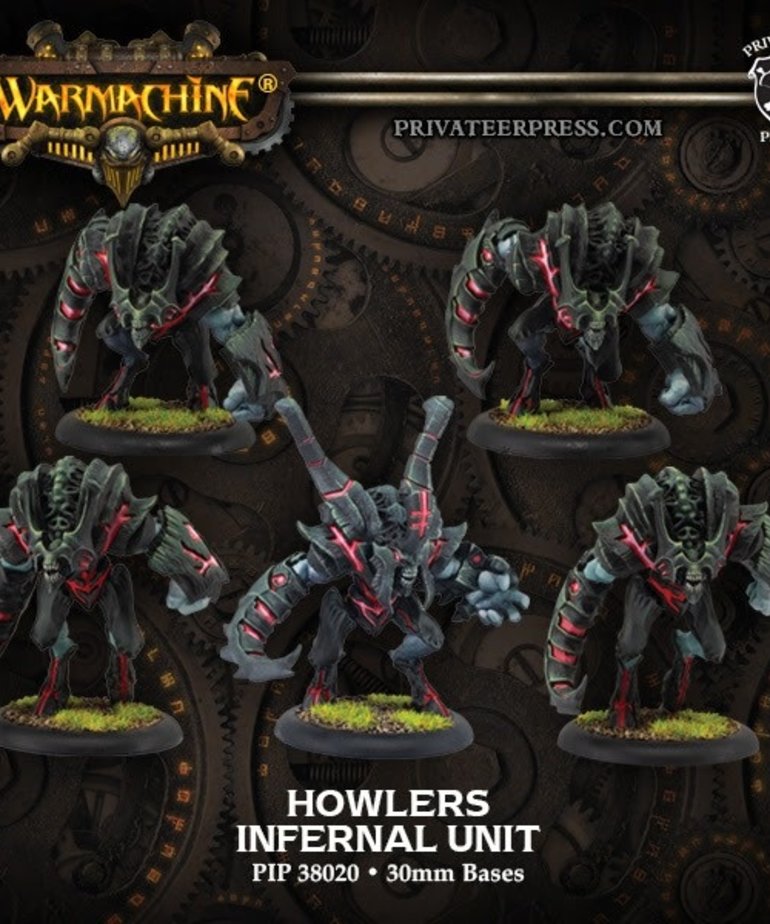 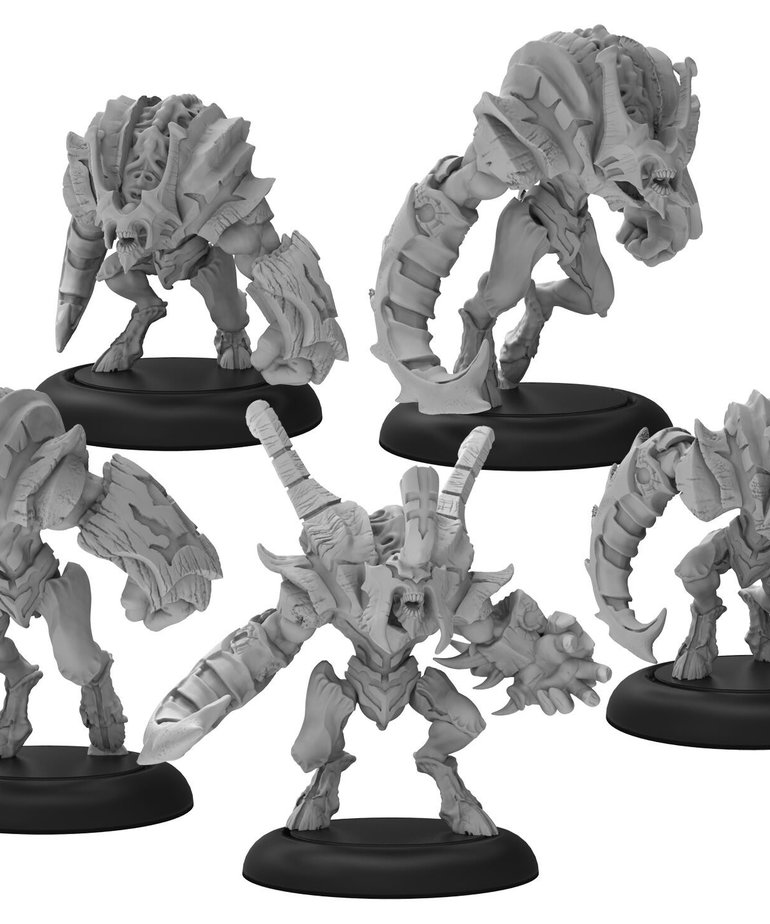 Howlers are heavy and brutish creatures from the Outer Abyss, each having become corporeal in an extremely durable form, boasting thick hides that readily turn aside blades and bullets. These beings ooze shadow and warp reality around them as they charge with ruthless abandon into the fray, entering a berserk frenzy. Though considered infernals, howlers are not as intelligent as the greater masters that enslave them, and they have no fear of destruction.

_x000D_ When Infernals want to smash their opponents in melee combat, they deploy Howlers to cut through their mortal foes. Howlers are big, stocky combatants with a large number of boxes and huge, powerful blades. Berserk and their naturally high MAT mean once they start swinging, they wonâ€™t stop until everything around them is dead. Vengeance and Bloodthirst provide movement tricks to punish your opponent for damaging them and ensure they will reliably cross the field and smash their victims._x000D_ _x000D_