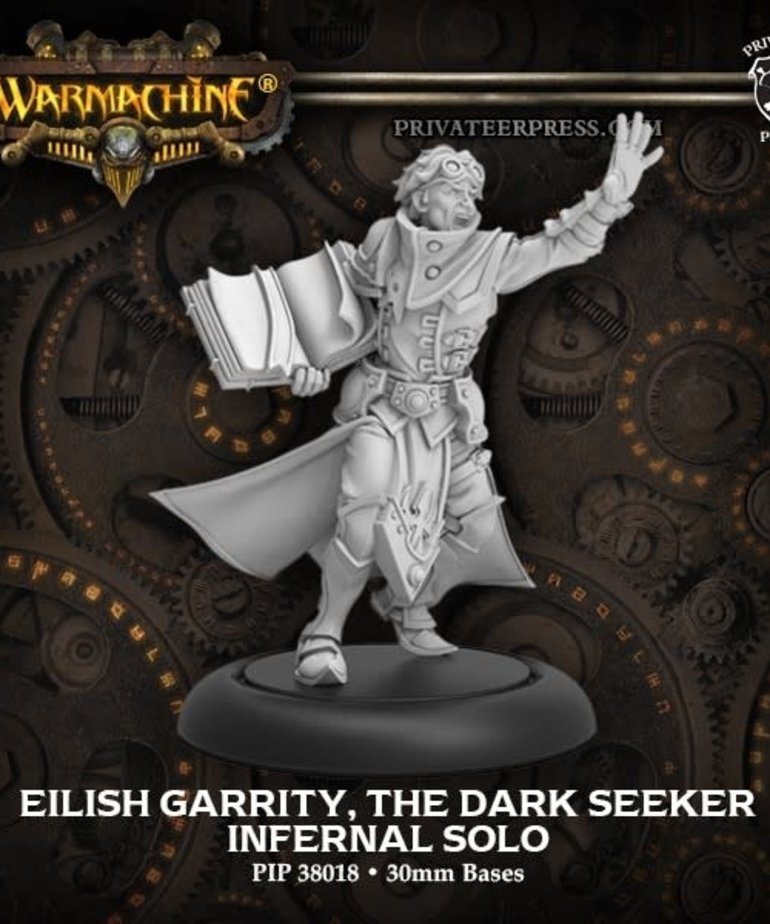 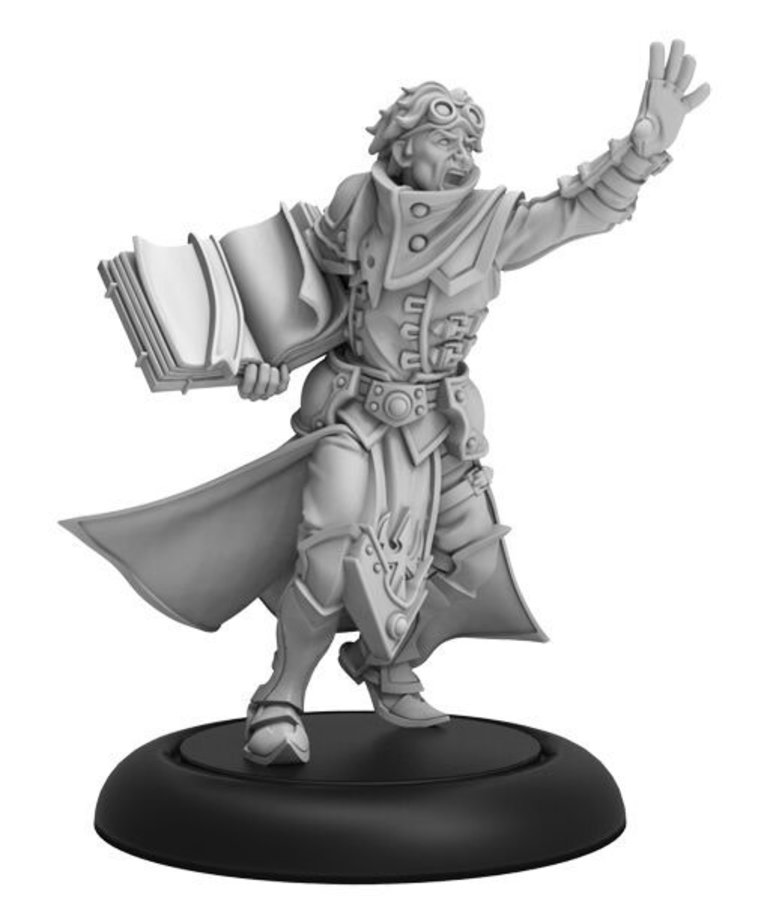 Nowhere is the potential scope of infernal corruption more evident than with Eilish Garrity, the once affable arcanist of the Black River Irregular mercenaries. Eilish still sees in the mirror the man he once was. When speaking to outsiders, his charm can return, allowing him to present a smiling face to those who, moments later, are overwhelmed by his magic and offered to his infernal masters. He is addicted to power, with a thirst for secret knowledge that has taken him down a path to disgrace and degradation. He greedily accepted the forbidden lore that was offered him and, in doing so, damned himself beyond redemption.

_x000D_ - The Dark Seeker is a potent arcane spellslinger who offers a lot of flexibility to your Infernal forces. Hex Blast is a potent damaging spell that can also strip buffs off enemy models (or debuffs from your own, if youâ€™re willing to risk their lives in the attempt!). Puppet Master can help ensure those critical attacks land or impair your opponentâ€™s dice roll. And when Eilish has outlived his usefulness, his Arcane Pulse will strip your opponent of their nearby upkeeps when Eilish dies._x000D_ _x000D_