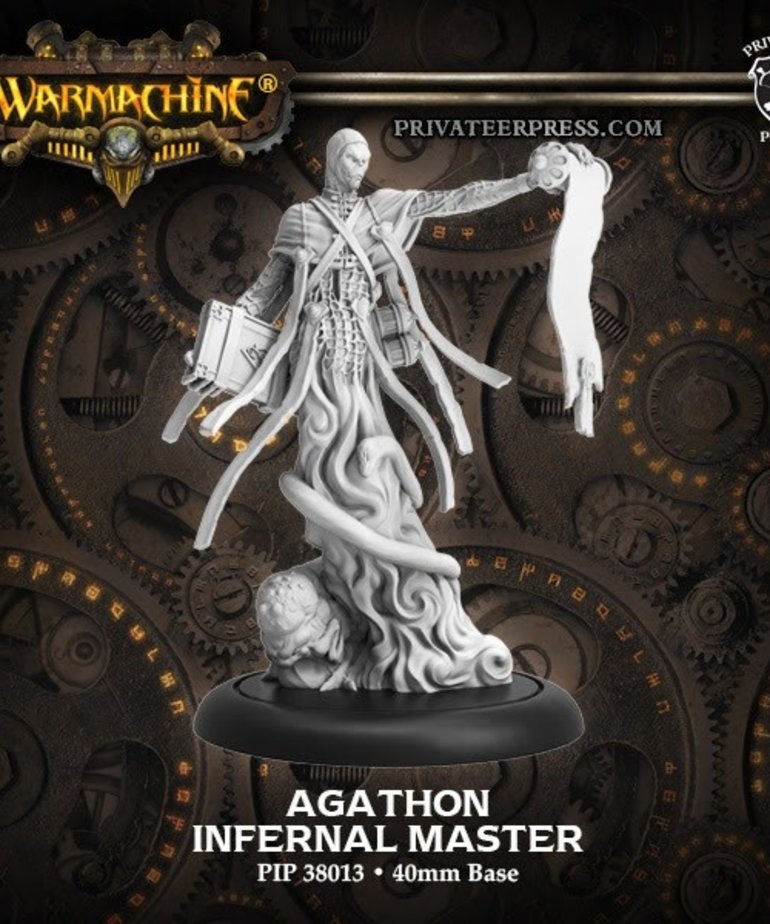 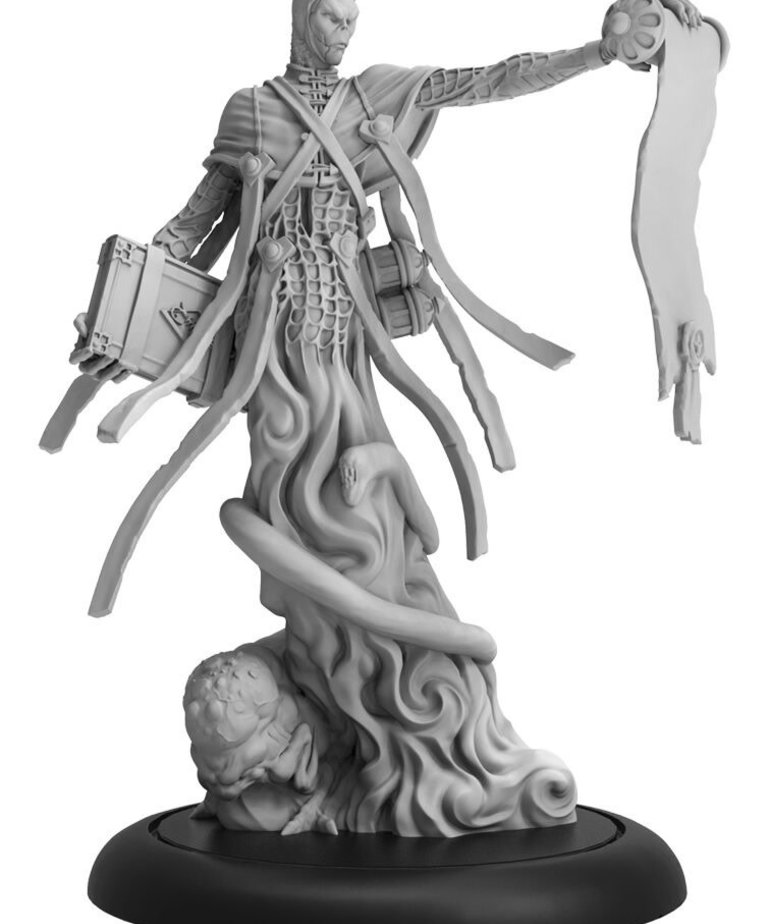 The entity called Agathon has been transacting insidious arrangements with humans of western Immoren for centuries. Countless talented but impatient and greedy arcanists have been twisted to serve the Nonokrion Order as infernalists through the far-reaching schemes of Agathon. Though a creature of subtle power, will, and persuasion, Agathon is also a fierce battle master who takes delight in rendering lesser beings powerless and reminding them of their mortality. What those beings call magic is simple thought to Agathon, as reality bends and reshapes at a whim.

Key Features:
_x000D_ Agathon, the Voice in the Darkness is a pinnacle of arcane might with an extremely large Essence pool as well as a deep and varied list of spells that allow it to have a tool for every situation. Agathon is always a dangerous threat on the battlefield, slinging spells and crippling its foes to prove the mastery of the Infernals. Though possessed of a powerful toolbox that can support a wide variety of models, Agathon also loves to have a couple of Foreboders convenient to arc spells through.