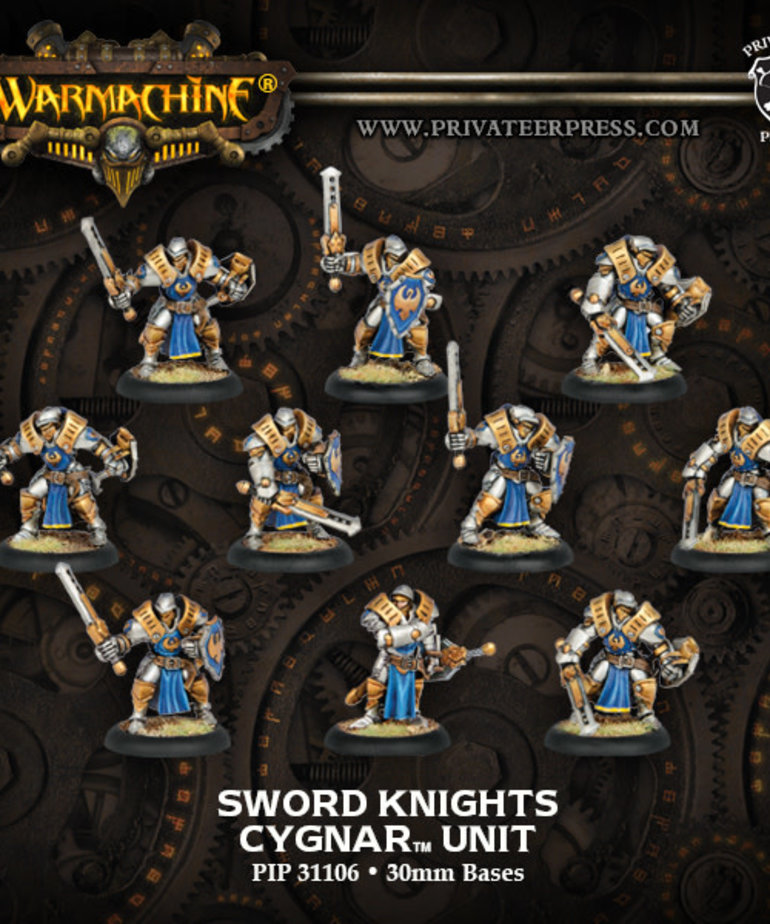 Among the oldest of the knightly orders in western Immoren, the legendary Sword Knights are one of the cornerstones of Cygnar's armies. Since the advent of the warjack, the Sword Knights have adapted their time-honored tactics to deal with monsters of metal as well as flesh. Trained to fight against as well as alongside warjacks, the knights are as adept at striking at a warjack's weak points as they are at coordinating deadly coordinated attacks. SPECIAL NOTE: PIP 31106 contains the same Mk II stat card as PIP 31029. The models in this box represent the same figures in the game. PIP 31106 replaces PIP 31029 and PIP 31030 by offering their contents in a complete unit. The replaced PIPs will no longer be available from Privateer Press beginning May 1, 2014.