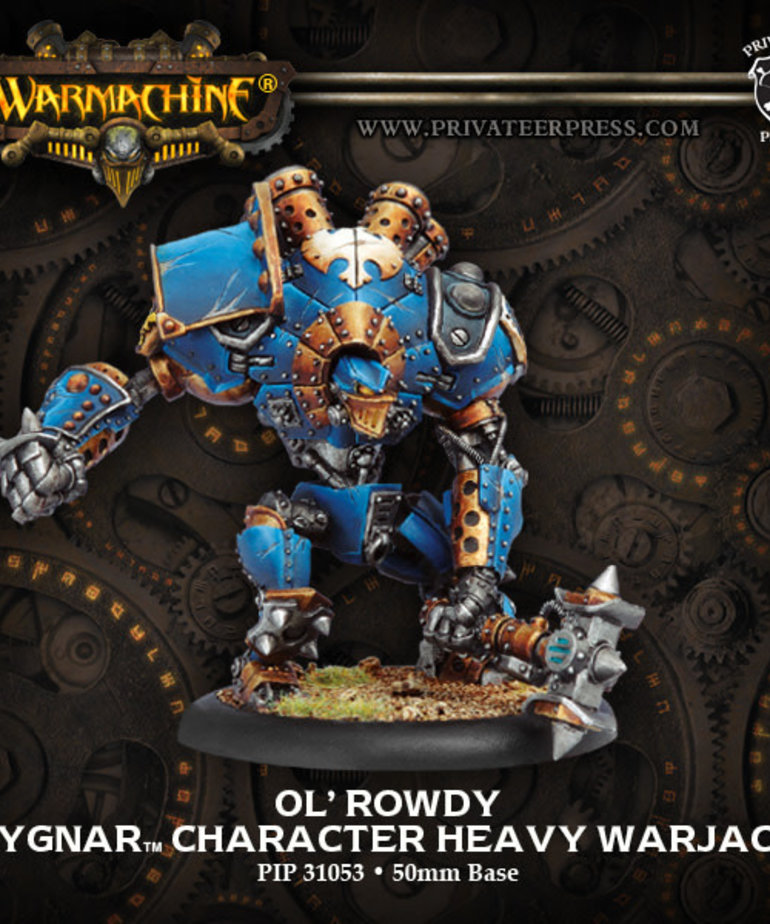 Ol' Rowdy has five decades of service under its chassis. It hails from the first generation of Ironclads hammered together at the Cygnaran Armory from parts manufactured at Engines East. Not until after several years fighting with distinction during the Scharde Invasions did the ornery temper that would characterize Ol' Rowdy actually come to the fore.