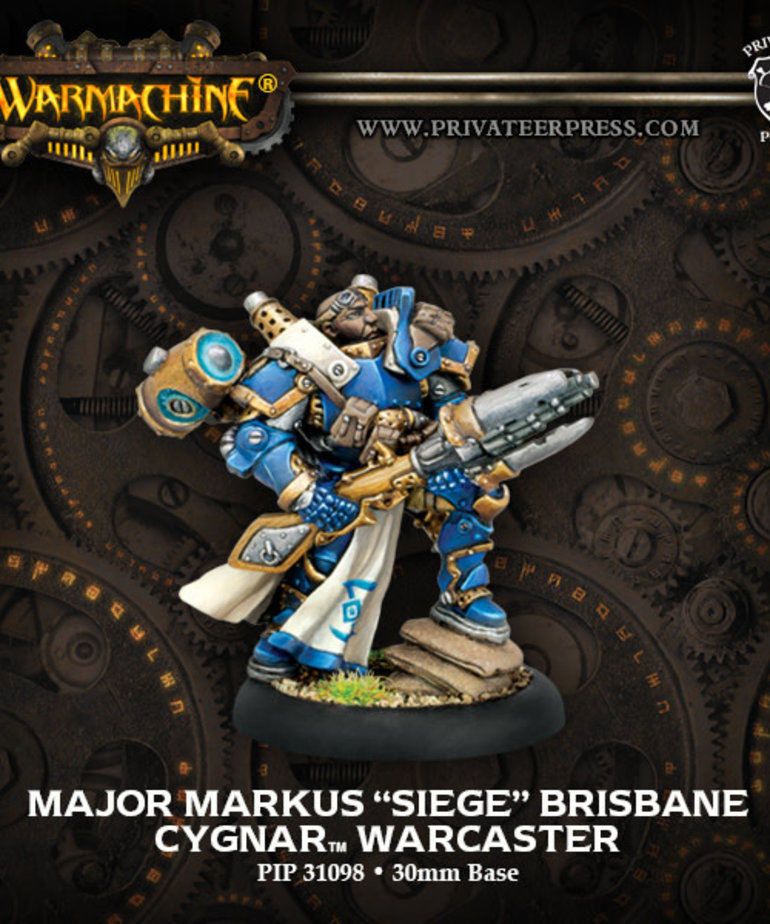 A professional soldier with more field experience than virtually any other warcaster in the Cygnaran Army, Major Markus Brisbane is famous among Cygnaran troops for his ability to lead from the front and infamous among his enemies for his ability to triumph. It has been said there is no strategic obstacle the man cannot overcome, nor is there any wall in western Immoren that can stand against him. SPECIAL NOTE: PIP 31098 contains the same stat cards as PIP 31032. The model in this box represents the same figure in the game. PIP 31098 replaces PIP 31032. However, the model in PIP 31098 is a new sculpt and therefore looks different from the model in PIP 31032. The replaced PIP will no longer be available from Privateer Press beginning February 1, 2015.