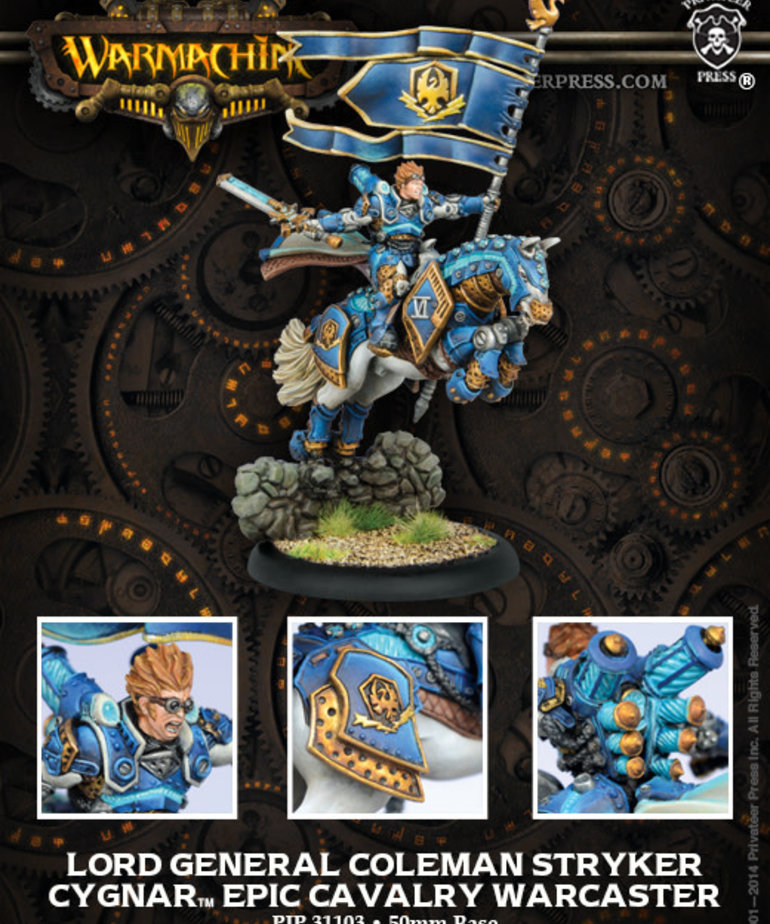 Promoted to the rank of Lord General, Coleman Stryker leads his Storm Division with unquestioned authority. Stryker commands his soldiers from the front lines, spurring his mount Valorous onward as he charges Cygnar's enemies alongside his loyal Storm Lances. At the pivotal moment, Stryker is able to harness the galvanic potential of those charging with him into a thunderous tempest of destruction.