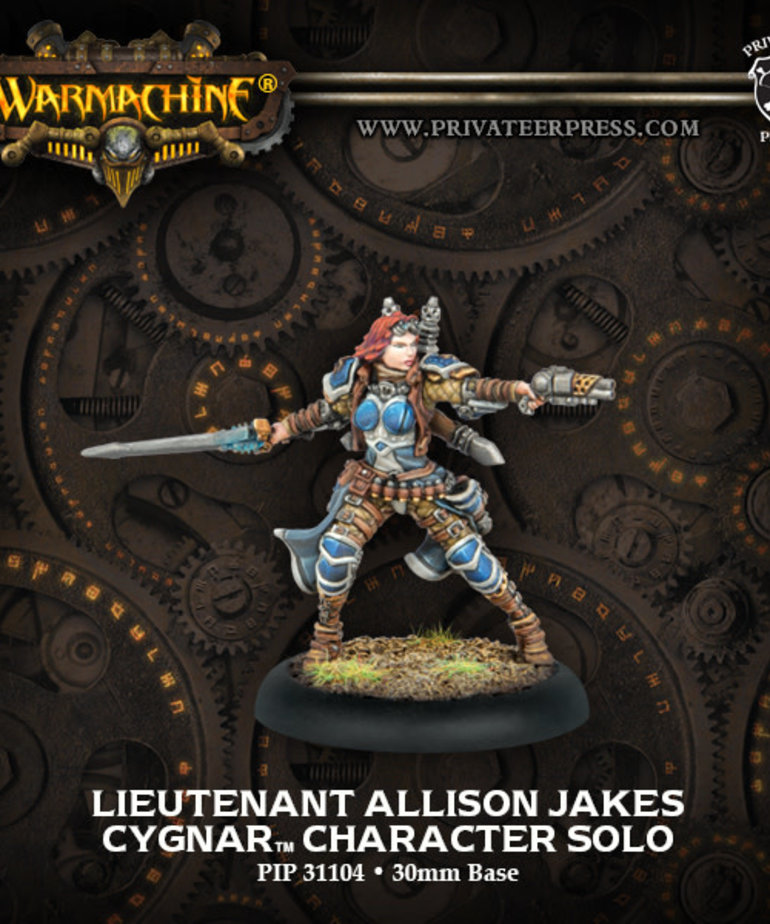 A consummate duelist, Lieutenant Allison Jakes moves across the war-torn battlefields of western Immoren with deadly poise, striking down foes and then darting away in preparation for her next attack. She utilizes her arcane abilities to impart the same fluidity of movement to the warjacks in her battlegroup, granting them a burst of speed at the critical moment or imbuing them with the grace of a duelist.