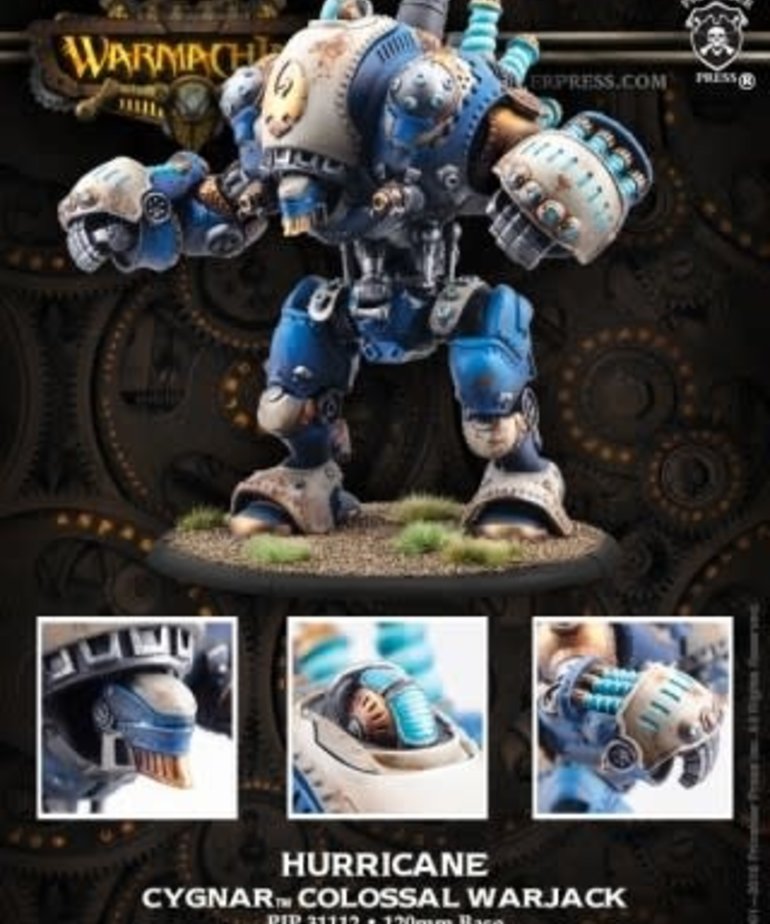 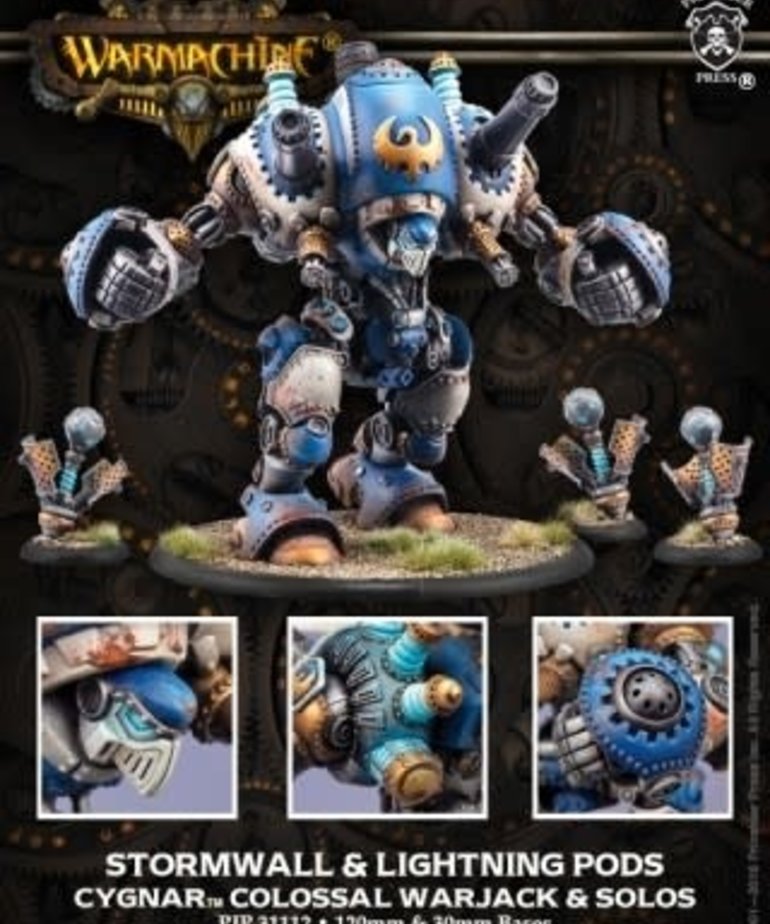 Stormwalls and Hurricanes tower over Cygnarâ€™s enemies with the majesty and menace of a looming cloudburst. From the thunder of its guns to the blinding arcs of electricity from its lightning pods, the Stormwall is the mechanikal embodiment of the tempest. The Hurricane is a state-of-the-art weapons platform designed to put down the heaviest enemy targets while offering arcane support for its warcaster through its arc node. These technological marvels pound the battlefield with a hailstorm of cannon shells before smashing survivors with their giant fists.