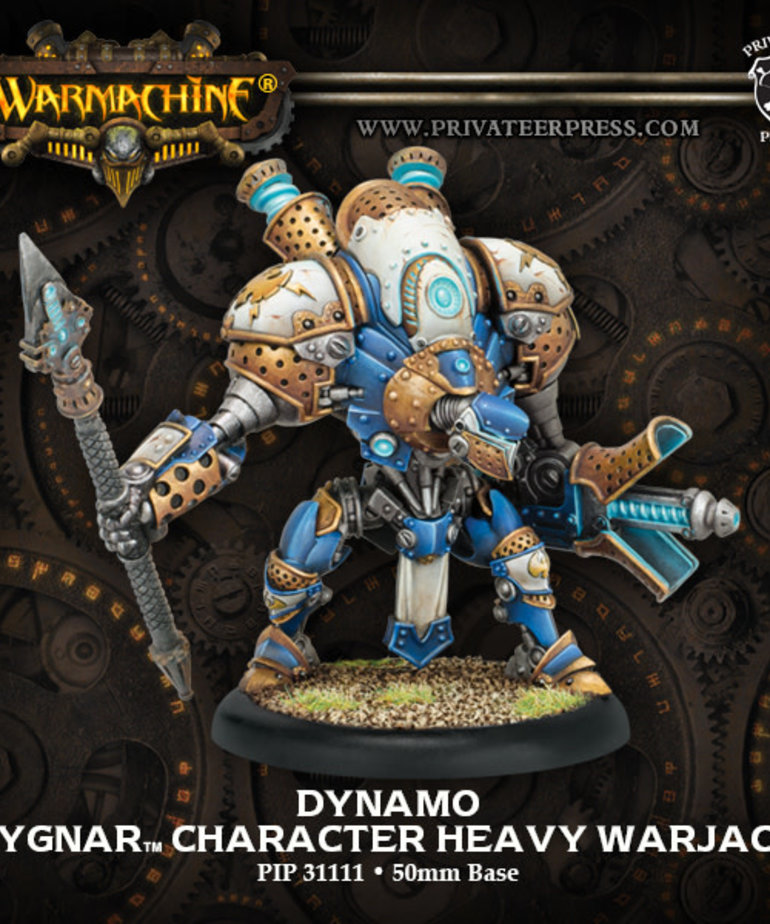 Having been rebuilt nearly from scratch by Sebastian Nemo after serving years on the front lines as a Stormclad, Dynamo represents a tremendous advancement in voltaic warjack technology. Powered by its galvanic generator, Dynamo is outfitted to render electrical destruction via its devastating firestorm cannon. This weapon fires deadly bolts of lightning that can strike clusters of advancing soldiers or be concentrated to melt heavy armor to slag. Thanks to Dynamo's ability to harness and channel its own kinetic energy, each attack it unleashes is deadlier than the last.