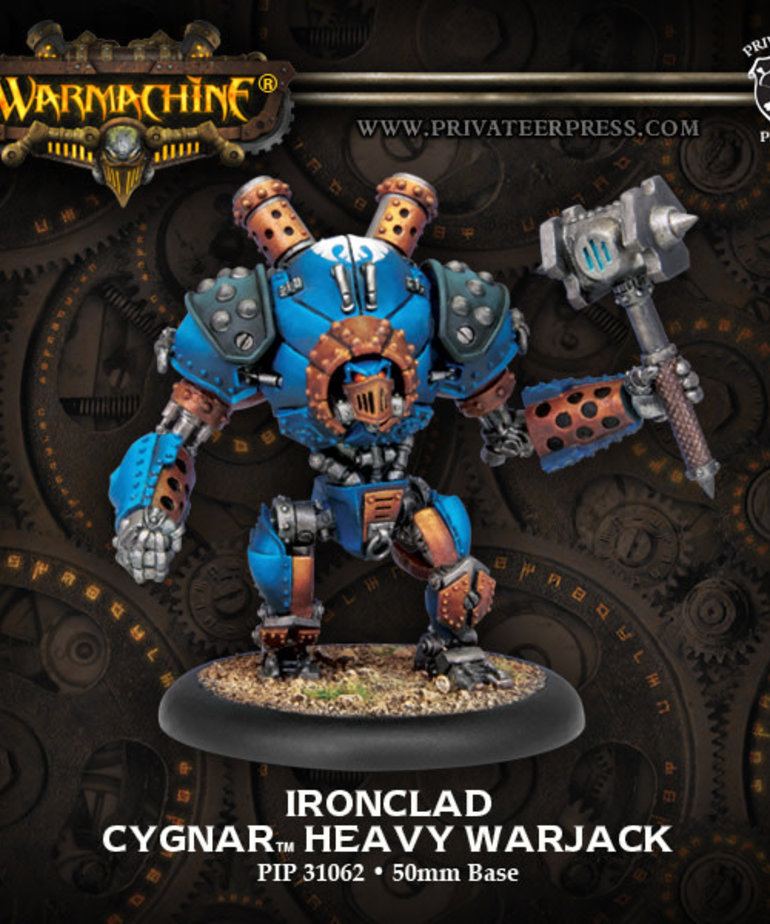 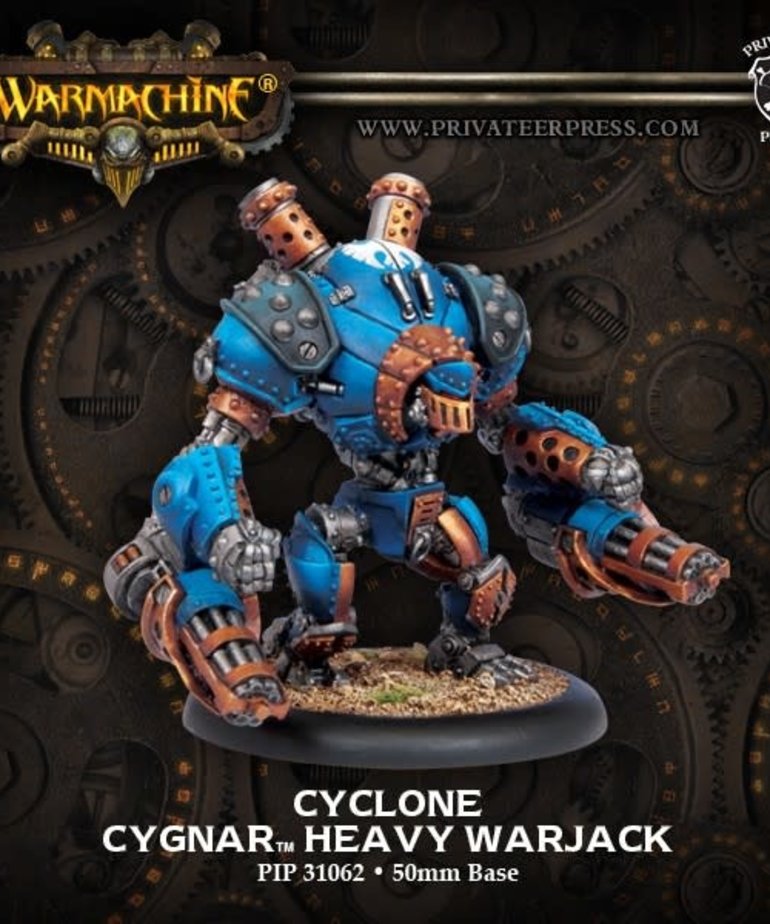 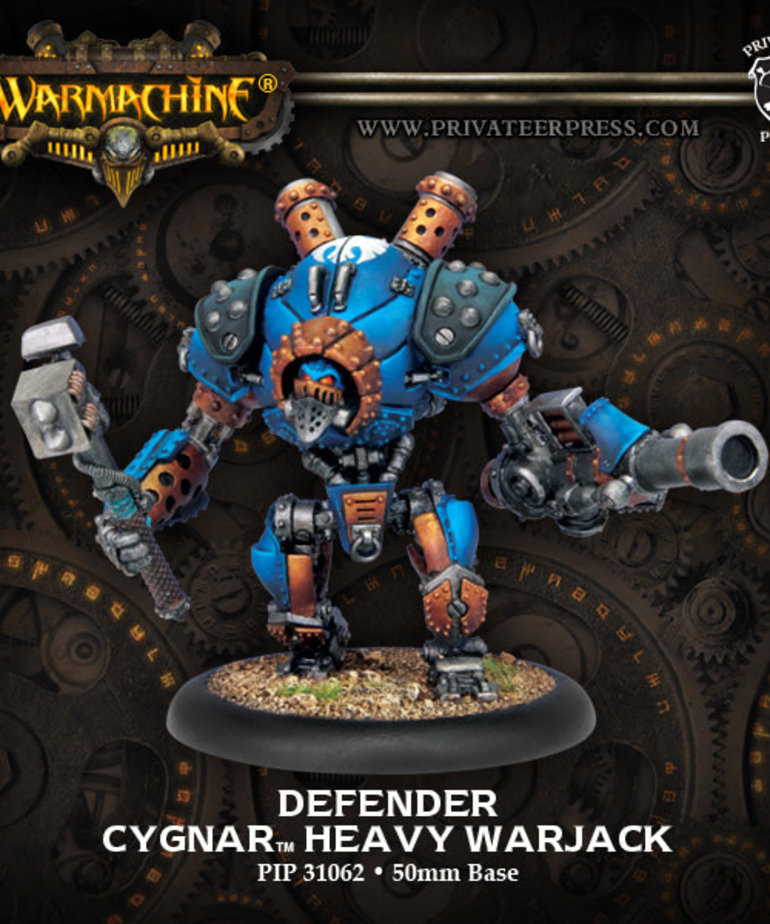 The Cygnaran Armory takes pride in its innovation and technological superiority, traits seen in all the battle-tested warjacks built on the classic Ironclad chassis. Armed with a powerful quake hammer, the Ironclad effortlessly smashes lesser combatants to scrap. The Defender employs its long, heavy barrel cannon for unprecedented long-range and accurate firepower without sacrificing its effectiveness in melee. With its dual whirling chain guns, the Cyclone can support sweeping advances across the battlefield while suppressing the enemy under a hail of lead. This box set contains three color stat cards and one multi-part heavy warjack plastic model (PIP 31062). Included are all the components to assemble one of three heavy warjack variants: Cyclone, Defender, or Ironclad. A player may field any number of heavy warjacks in a Cygnar army.