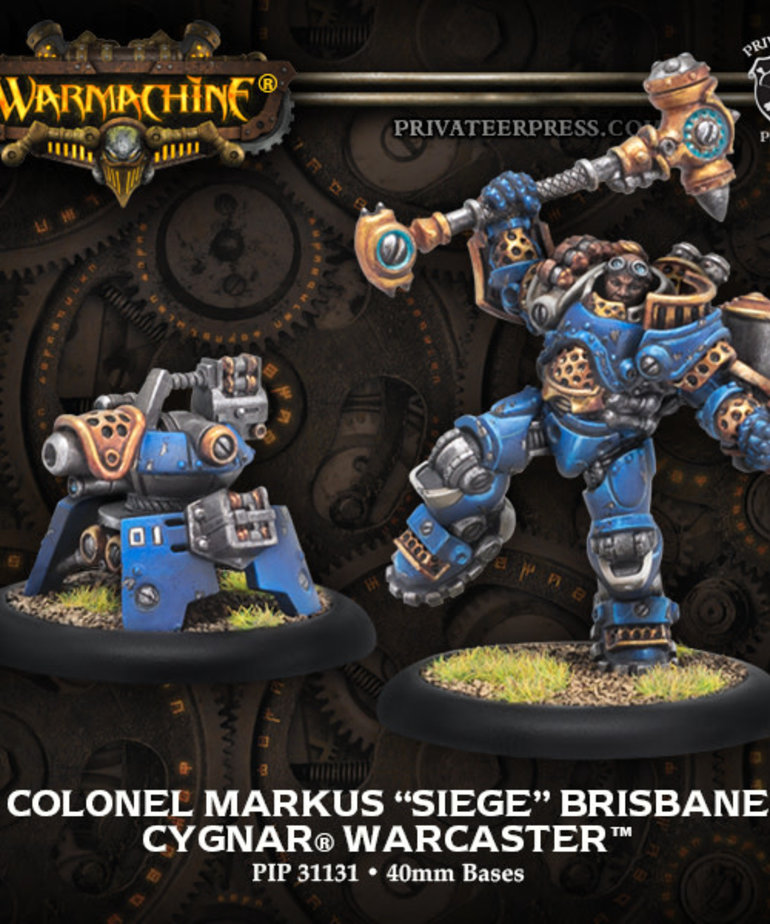 If there is one warcaster the trenchers would call their own, it is Colonel Markus Brisbaneâ€”the most decorated and universally respected of Cygnarâ€™s veteran battle mages. Brisbane is a pure soldier through and through, a man who has never shrunk from danger or responsibility and who has earned a reputation for pragmatism and absolute dedication to the army._x000D_ _x000D_ Equipped with state-of-the-art weapons and equipment, Colonel Brisbane shatters the enemyâ€™s lines and marshals his own troops to victory.