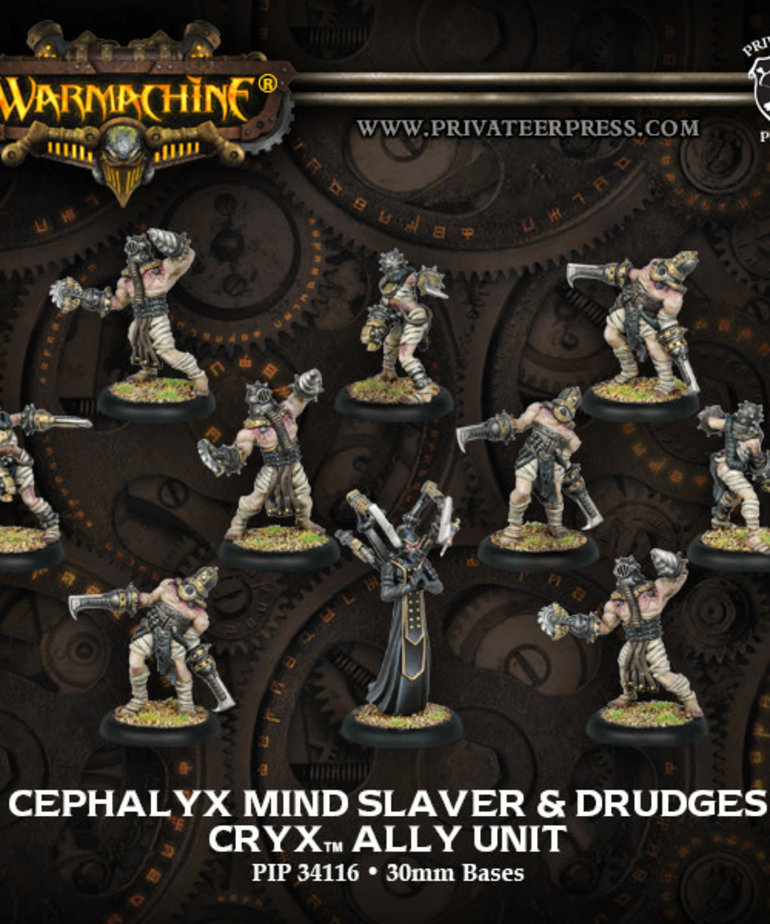 From below western Immoren emerge the inscrutable cephalyx mind slavers, who have entered into an unholy bargain with the Cryxian Empire. Applying a horrific blend of machinery, alchemy, and disfiguring surgery, the slavers transform their captured victims into powerfully muscled and mechanically enhanced warriors they control to fight and die in their stead. SPECIAL NOTE: PIP 34116 contains the same Mk II stat card as PIP 42005. The models in this box represent the same figures in the game. PIP 34116 replaces PIP 42005 and PIP 42006 by offering their contents in a complete unit. The replaced PIPs will no longer be available from Privateer Press beginning September 1, 2014.