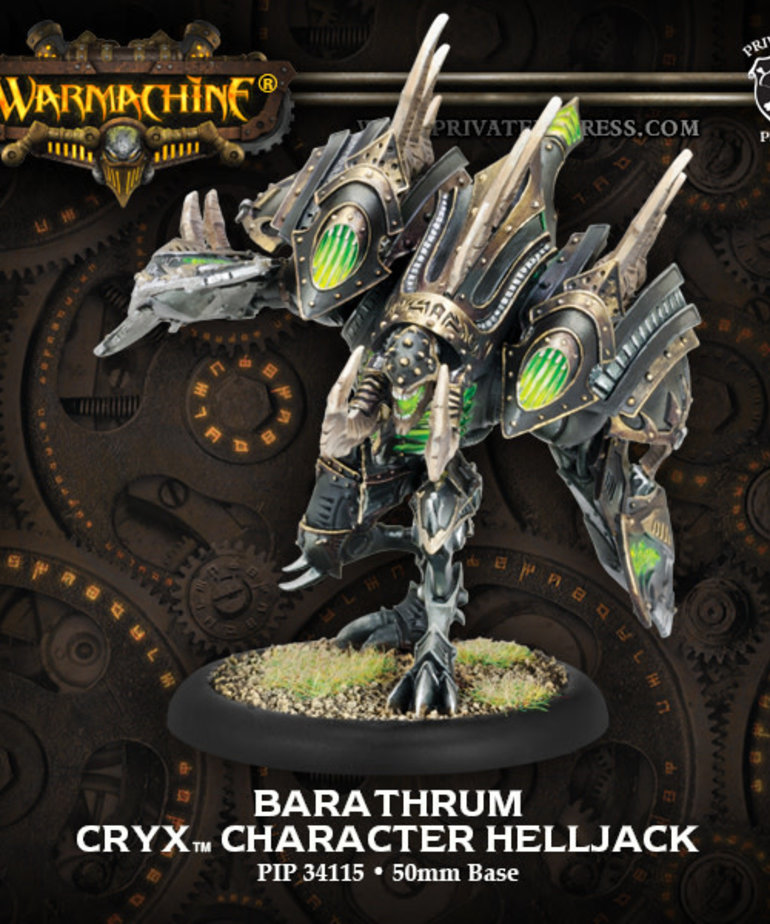 Barathrum is a mechanized terror born from the nightmares of a lunatic, and Lich Lord Terminus has claimed this helljack as his own. Barathrum burrows with its massive talons to await its prey, then explodes from the ground to seize its victims and drag them screaming beneath the earth. Committing to slaughter with reckless abandon, the 'jack cleaves men in two with its talons and impales others on its tusks.