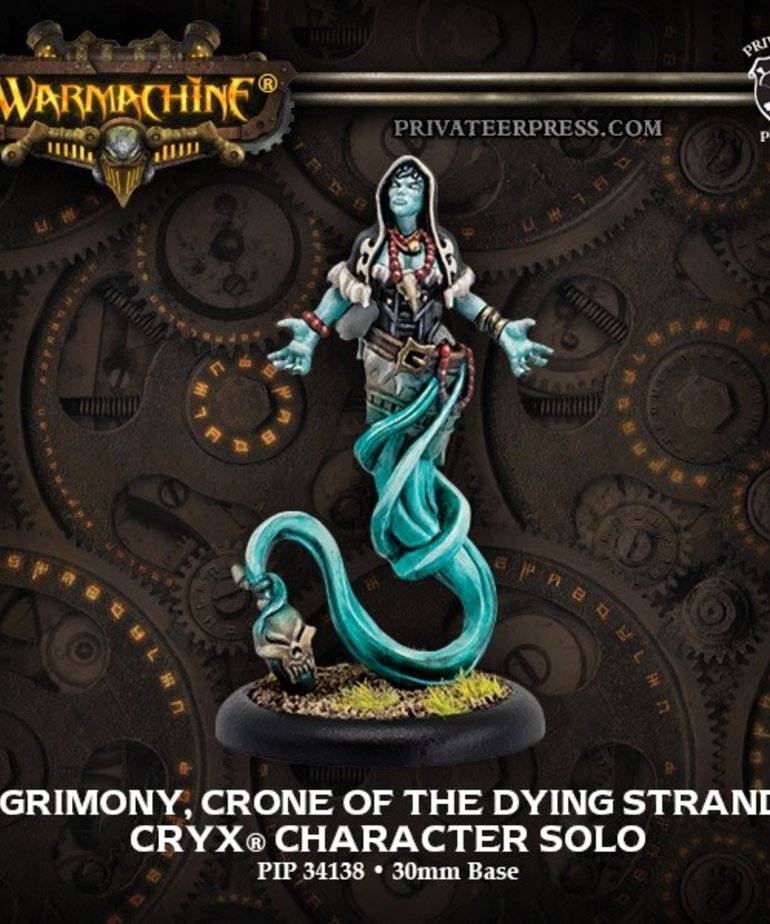 The terrifying and ghostly witch Agrimony, more often whispered of as the Crone of the Dying Strands, is herself enslaved to Captain Rengrave, the first citizen of Cryx. She is nearly as old as her master, once having ruled her own island and standing apart from the pirate kings of old, who feared her curses.