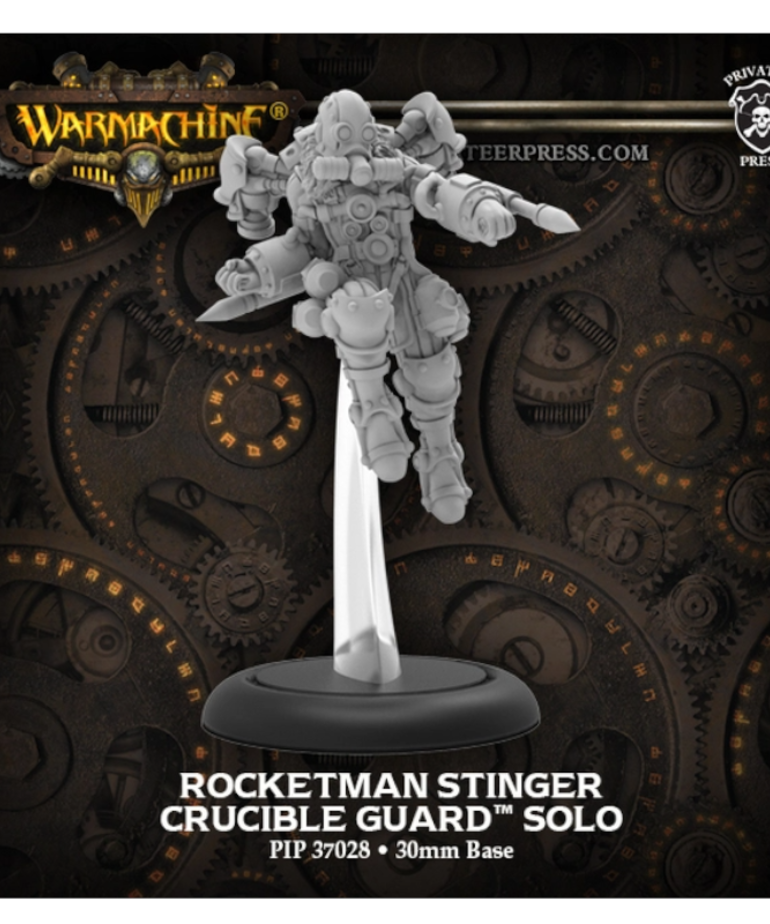 0 reviews
Add your review
- Rocketman Stingers are incredibly fast combat solos that are armed with a pair of short-range Alchemical Injector melee weapons.
- Thanks to its Parry and Reposition abilities, the Rocketman Stinger is very hard to pin down and is able to dance around
7 In Stock
Add to wishlist / Add to compare / Print

The rocketmen of the Crucible Guard suffer no shortage of daredevils and adrenaline junkies, individuals who don’t simply endure their training but grow to love every moment of it. Some rise through the ranks to become captains while others strike off on their own as high-flying aces.

And then there are the stingers.

Rocketman stingers are addicted to danger to the point of neurosis, and if it weren’t for their skills and training, the Crucible Guard might consider them for Trancer experimentation. Instead, stingers are given one of the most difficult tasks in battle for a rocketman: fly directly at the enemy and get close enough to inject their troops, warbeasts, and warjacks with a variety of foul chemicals.

Each stinger is equipped with a pair of needlelike alchemical injectors, which protrude over their gloves, as well as a backpack canister full of assorted alchemical concoctions. Gleefully, they fly directly at their foes, dropping from the air just long enough to give the enemy some “medicine” before zipping away to the next target they can find.